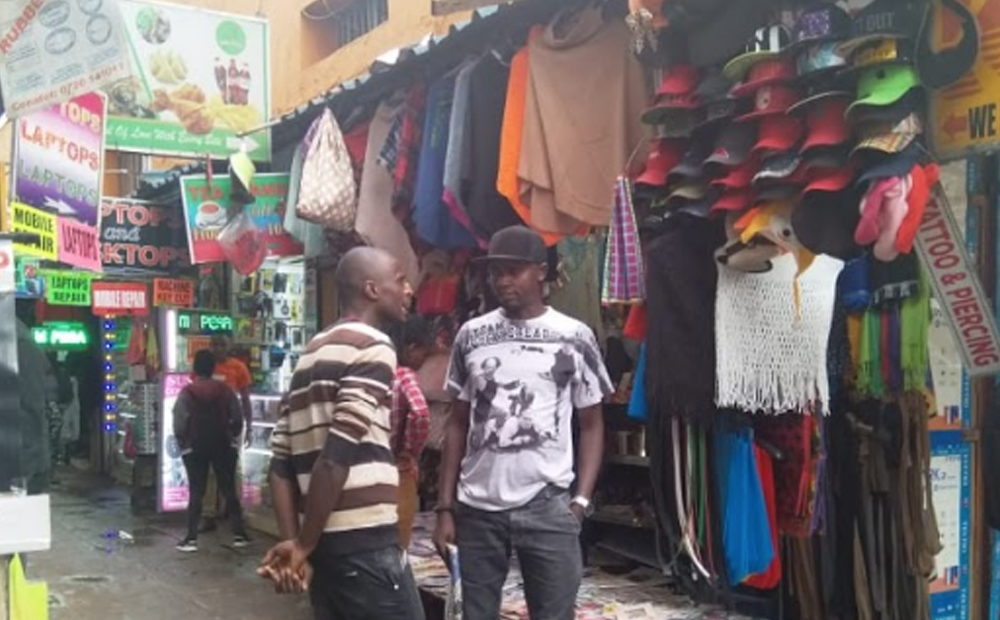 Edward with a client outside of his shop
139

Have times ever been so hard that you considered going to another country to seek a better opportunity? It is highly likely that your answer is a yes. With the many job opportunities advertised in the Middle East and even adjacent countries such as South Sudan, many have packed up and left for these nations only to realize that grass is not always greener on the other side.

This is the story of Edward Kariuki a young man who started by selling Newspapers then left Kenya for South Sudan with big dreams. His plan was to sell his merchandise which included cosmetics and other beauty products until he could break even. Little did he know that the challenges would be too much to bear.

“There were so many hurdles in South Sudan that it no longer made sense for me to continue doing business there. From the insecurity to harassment from the authorities, not forgetting the language barrier so I decided to come back to my Country”

Upon arriving Edward continued with his business of hawking anything he could get his hands on in the streets. He would wake up very early in the morning to get his merchandise from Gikomba and sell them in the streets of Nairobi. Due to his dedication a good Samaritan spotted him and offered him a shop along Tom Mboya street at a small monthly fee. This relieved him of some challenges like the constant chase from county police and the weather conditions because he now had shelter for him and his merchandise. With time he learnt what products did well and where to source for them . It has been a struggle but he knows he made the right call by coming back.

“There are still challenges here but I wouldn’t compare it to how it was back in South sudan. Besides this is my passion so I wouldn’t let any hurdle get me down. I like being my own boss and cannot picture myself doing anything else. I keep pushing on because this is also my source of livelihood and I even plan to open bigger shops in the near future”

The three skills that the entrepreneur believes one needs to be successful is resilience, people’s skills and discipline, especially for young people he encourages them not to live beyond their means instead they should invest back into their business.