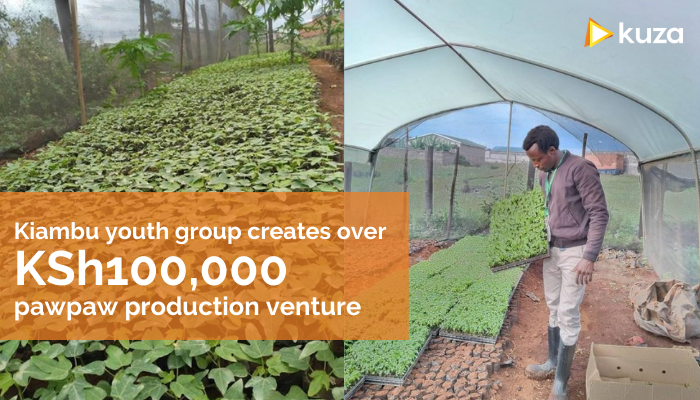 Starting off a serious agribusiness venture is still a challenge for many youth groups in Kenya due to lack of capital and the hustle to access loans from financial institutions has even made it harder as they lack collateral asked for by the institutions.

This has seen only the determined few who have members with passion in agriculture live to push through to realise their life dreams.

One such group is Vineyard Kilimo which comprises of 10 members who were previously into maize production, a venture which just earned them enough to feed their families with nothing left for trading.

“Maize has been a crop that our parents earned a living with but seemingly things have changed, an acre can no longer yield enough and probably it is because of the change in weather conditions caused by climate change,” said Jactone Mwaniki, the group chairperson.

In February 2018, they decided to come together, consolidate whatever capital they had to start producing something else.

However, what they collected could not measure up to the pawpaw production project they had settled on as there was the setting of the nurseries, buying seeds, and registration fee required.

After looking for a financial boost from people and institutions they knew to no avail, finally, Juhudi Kilimo, a microfinance institution in Kenya granted them their loan request of Sh100,000 to begin the project.

They were then trained by two non-governmental organisations, Solidaridad and Heifer International which impart vital skills to various youth groups on seedlings production and other types of farming in general.

Today, the group has a nursery within a three-acre piece of land located 2km from Ishiara Centre where they have three big pawpaw seedling nurseries each with 2,000 seedlings at the moment. 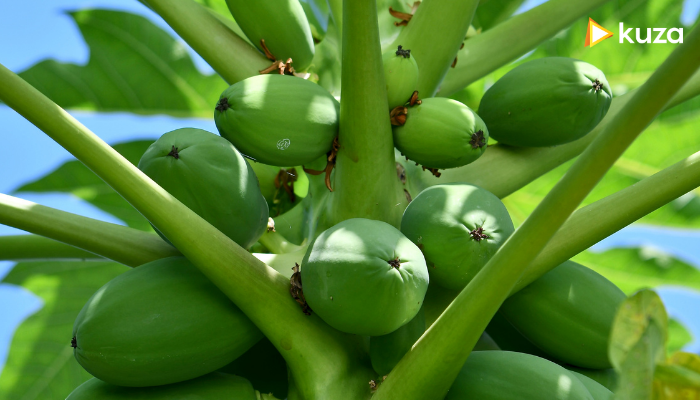 Beginning last year, they also decided to plant pawpaw fruits within the farm and currently, they have 500 plants in the remaining part of the farm that they have started harvesting.

“We sell a seedling at Sh10 each to local farmers and other growers from other parts of the country who call for their orders before organising transport either through public or courier services for them,” said Mwaninki.

The group also sells 1,000 kilos of pawpaw fruits of Malkia F1 variety after every two weeks with a kilo going at Sh50.

At the end of this rainy season and if all go well, they are expecting to earn about Sh60,000 from seedlings and at least Sh65,000 from the fruit sales.

This means that every member of the group will have over Sh10,000 in his or her account.

“Depending on our season proceeds, we always withdraw a portion of the money and give to the members for their daily needs while the rest are left in the group’s account for our farming expansions, members savings and our general welfare,”’ said Mwaniki.

The group is now planning to incorporate other fruit seedlings and crops such as mangoes, oranges and apples as they have realised the areas can support the fruits and that there is the ready market being close to Kiambu and Nairobi’s big markets.