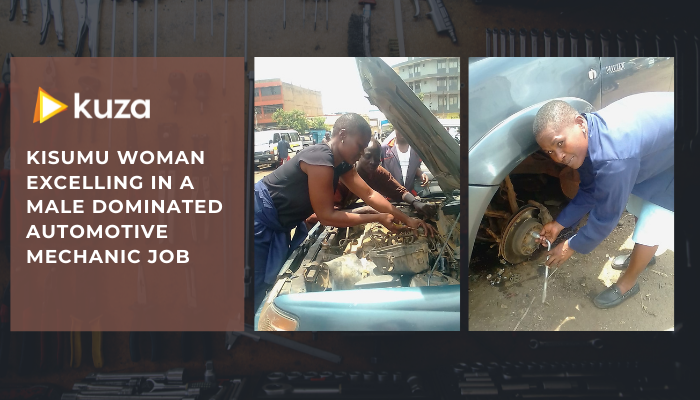 The rate at which ladies are increasingly daring to venture into careers or jobs that traditionally have been dominated or meant to be men’s is really encouraging, after all, they say ‘what a man can do, a woman can do better.

In fact, according to a recent report by the International Finance Corporation, of the 462,000 jobs created annually since 2000 in Kenya, 445,000 jobs have come from the informal sector, where 85 per cent of women’s businesses are found.

One of these women who have managed to create a thriving business in a male-dominated field is Josephine Akinyi.

When she completed her Kenya Certificate of Secondary Education at Nyabisawa Girls, Migori county in 2001, she never envisioned that working as a diesel mechanic, an occupation predominantly presumed to be a man’s domain could earn her Sh20,000 to 50,000 a day.

“I was hesitant to join the business because I never wanted to have greasy hands or wear the blue oily aprons. Both my parents being mechanics, it was inevitable that I would be involved in the culture as well,” said Josephine Akinyi co-owner Fedmar Garage and owner Lascope Spare Parts n Kisumu City.

Brought up in a family of mechanics, she had developed an interest in cars at a young age but the brute strength required for heavy lifting, and the gender stereotype discouraged her from following the family’s footsteps. Before technology advancements, mechanics involved a great deal of hands-on work.

After high school, she took a certificate course in Early Childhood Development and Education (ECDE) aspiring to be a pre-school teacher only to drop out after a month to learn how to earn a daily income.

“While in school, I had the mindset that white-collar jobs paid better but after attending the ECDE classes for a month, I got tired of sitting in for lecturers while my parents and brothers were making money every day – I had to get my hands dirty no matter the odds,” Akinyi said.

She later took a computer course and driving lessons but spent most of her free time lazing around the house until 2004 when she decided to make something of herself by joining his family business, Opiyo Garage located in Kisumu. 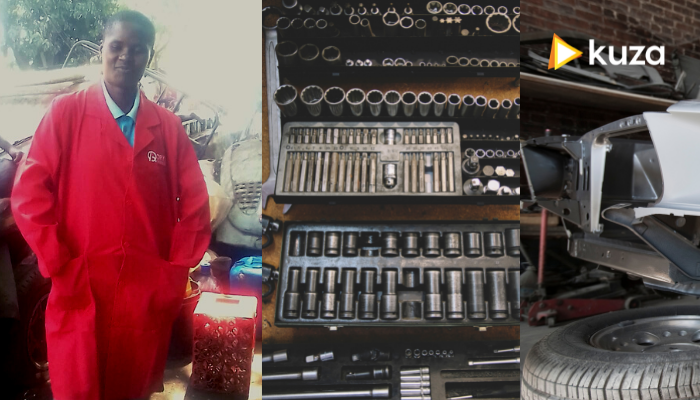 Persistent to learn on the job, her father took her on as an apprentice, introduced her to the safety rules, tools, different engine parts, and trained her on how to perform manual diagnostic tests.

Within a year, she had learned how to service the vehicles, gradually increasing her knowledge of car parts and mechanics.

Her passion to excel in the field exceeded when she serviced the first car, making Sh1,200 in less than an hour. Working with her four brothers and father, she would repair two to three cars in a week making Sh10,000 or more in a day depending on the problem.

In the past, traditional car repair techniques and gender stereotypes discouraged women from involvement in the mechanic’s field. However, today, the physical barriers women faced have reduced following technology advancements.

Data from WhoCanFixMyCar.com shows that the number of female mechanics in the UK has risen by 125 per cent since 2011.

According to the Kenya Bureau of Statistics, the untapped potential of women has gained greater attention. The 2010 constitution of Kenya provides a framework for addressing gender equality, seeking to remedy the traditional exclusion of women and promote their full involvement in every aspect of growth and development.

“I believe that female mechanics can be successful as or even more successful than male auto mechanics. The gender stereotype deters women from exploring their full potential,” she said.

“I derive my livelihood from this job. It feeds my family, pays school fees for my children and even caters for unforeseen emergencies.”

In 2007, having acquired the skills for the job, including using the digital diagnostic machine, she joined his brother’s business, Fedmar Garage based in Migori to offer her expertise and help manage the business.

The only female in the group of seven- 4 permanent workers and three trainees, works tirelessly to earn a decent living and has created her customer base gaining repeat clients. 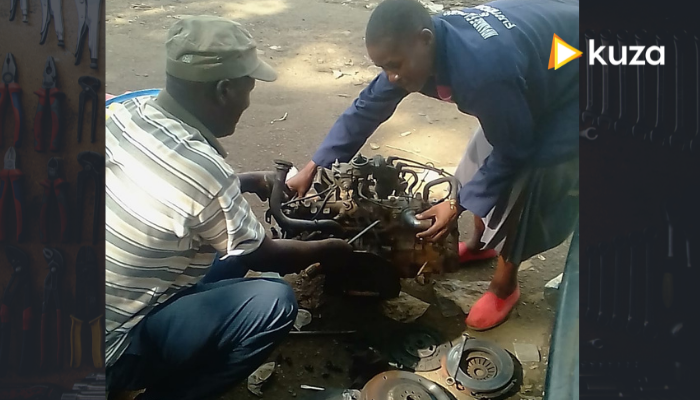 Team cohesion has enabled the trainees to learn fast -when one is working on the engine, another the interior of the car, and the other wheel alignment.

“After learning on the job, most male trainees leave to open their businesses. On the other hand, women admire my zeal, but once they join our team, they quit after two days. We don’t have female mechanics at the moment,” said the mother of three children, one graduating primary school this year.

March 2011 due to the high equipment demand at the garage. She makes a profit of Sh3,500 per day and anticipates opening another shop in Kisumu by January 2020.