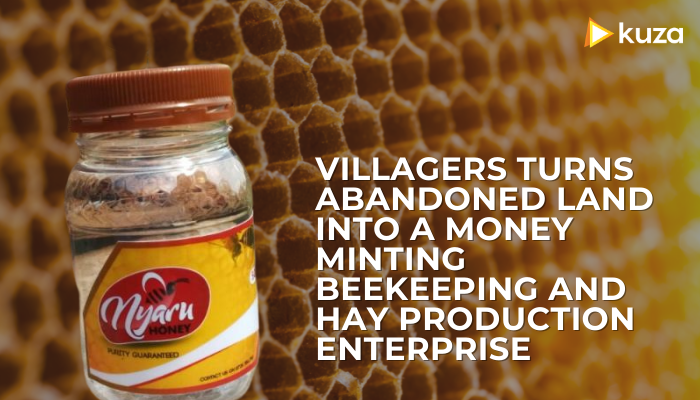 In most places in Kenya, due to rural-urban migration, there are some places where arable lands are just left untilled as owners are lost in cities and towns looking for formal jobs.

With time these lands become very fertile due to lack of any activity in them and as a result, they become one of the best and attractive sites for agricultural productions.

This was the situation almost a decade ago with a 32-acre piece of land in Uasin Ngishu County along Eldoret-Kitale highway which the owner has used it to grow wheat and maize left it in 2006 for Mombasa City to look for other forms of income.

About four years later villagers started salivating for the land wanting to make it productive for the benefit of the youth in the area and they approached the owner through the Economic Projects Transformational Facility (EPTF).

EPTF which is a non-governmental organization that aims to spur enterprise development among the youth and eradicate poverty in society first had a beekeeping project for the community living in the area but there was no space for the project.

In 2010, the organization, therefore, approached the owner who, after 2-3 years of talks, agreed that his land be used for such a ‘sweet’ venture which to him was more environmentally friendly and the land wasn’t going to be exhausted. 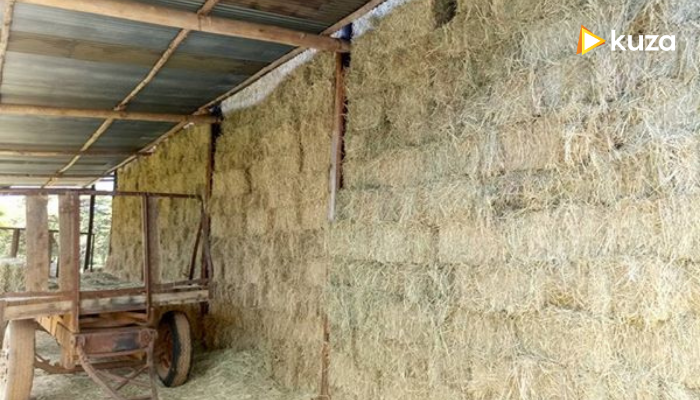 After the deal, the villagers with support from EPTF set 15 beehives in 2015. These would soon start producing 75 kilograms of raw honey harvested per season and sold directly to consumers at Sh100 per kilo something that proved the viability of the project in the area.

In 2016 30 more beehives were added and a centrifugal honey extractor machine to improve honey quality and quantity was also purchased.

The packed beehives has been made possible by planting flowering plants such as sunflower, acacia, avocadoes and orange fruit trees among other trees that attract bees and provide nectar for honey production. 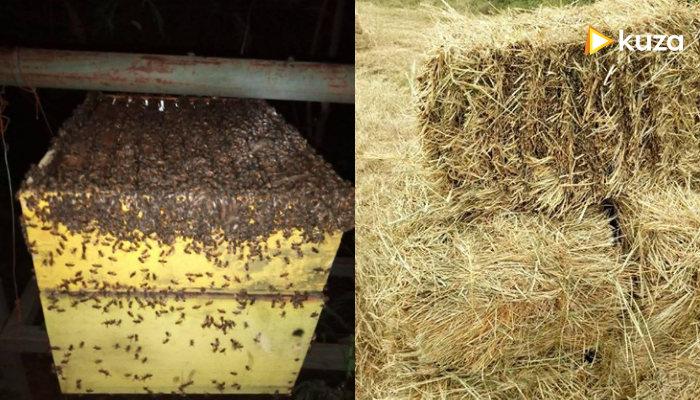 So far, the project has yielded much fruit for the residents. From the proceeds of the honey venture, the beneficiaries have purchased another six acres of land which has been put under Boma Rhodes hay fodder production.

From the six acres, they produce 845-1,200 bales which they sell at between Sh250 and Sh150 depending on the distance to market and market demand at a given time.

“We do not harvest our grass before receiving market or sales orders as we prefer selling them when still fresh to enable us to decongest our small store which is one of the major challenges we are facing with hay farming at the moment,” said Ng’etich.

However, despite the challenges, the residents have established themselves. Within a portion of the six-acre piece of land, they have built their operation base which is called Nyaru Farm under which all their products and services are offered.

Today the farm nicely package and brand their honey products using the farm name something which has enabled them to attract more sales by breaking even into the formal markets.

“We buy our packaging bottles from Eldoret Town and Nairobi where a bottle costs Sh20. The bottles are then labelled ‘Nyaru Honey’ as the brand identification,” said Ng’etich.

Now with approval from the Kenya Bureau of Standards (KEBS), they sell a 500g bottle of honey at Sh400 while that of 250g fetches Sh200 per bottle.

In order to be able to help even the young graduates, the farm operates under Graduate Internship Programme (GRIP) which gives the youth and women the opportunity and support to venture in various businesses to earn a living.

In this, the farm acts as a training ground for university students who are interested in agribusiness, especially during their long vacation and internship programmes.

According to him, this keeps alternating depending on the students’ holidays and industrial attachment periods.

Because most of the students and the youth benefiting from the farm are from the surrounding, there are plans to turn it into an institute that will absorb post-secondary school leavers who do not make it to the university.