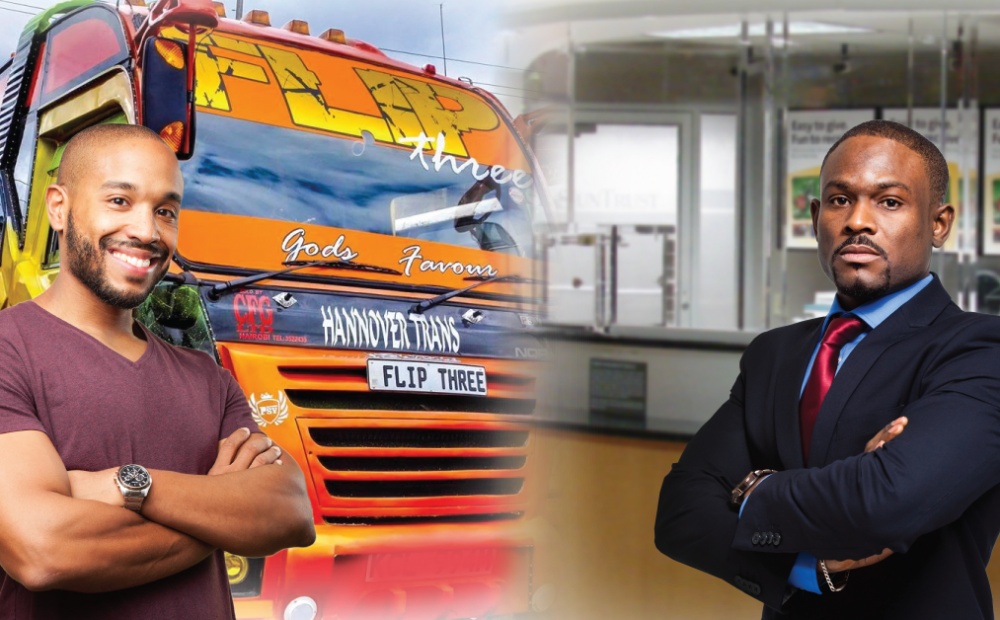 How did that fool overtake me? That’s the question that lingers in the minds of most people when they turn 55. They know very well that they studied hard, worked hard and lived a generally organized life. What they really can’t figure out is how that rugged looking, unschooled tout in the street managed to build an economy 100 times better than theirs.

How did that D- (Minus) material manage to own acres and acres of real estate? Or how did that mtumba seller manage to build a bungalow while I am still struggling to pay for a mortgaged two bedroom apartment? Well, that’s the sad reality of life. Sometimes those from whom not much is expected are the ones who pull a couple of surprise moves in life.

This blog brings this into perspective. It’s a life-journey comparison of two people. One is a matatu tout the other one is a banker. One is in a blue-collar worker in a field that is otherwise reserved for those who seem unambitious in life. The other one is an educated, neatly dressed white-collar professional who spends most of his time in some corner office.

The only disclaimer I would like to make is that this story is not meant to demean any career. Its sole aim is to educate you on good and bad choices in life and how they influence who we become.

The Matatu Tout vs. The Banker

A matatu tout is a career despised by many owing to the fact that it is seen as a preserve for the academically weak and unintelligent people. You only need basic cash-handling skills to venture into this career which means one can get started immediately they finish form four.

On the other hand, a career in banking is coveted by many across the globe. In order to become a banking clerk, you need a Bachelors Degree or at least advanced training in accounts which obviously mean spending at least 3 years in post-secondary school.

According to independent research by the SDE Kenya and Mediamax, on a good day, a tout in a Nairobi matatu takes home Sh 3,000. On a bad day, he takes Sh 1,500.

On the other hand, a spot check on banking clerks salaries in Kenya show that most banks offer a basic salary of Ksh30,000 – Ksh40,000 to their employees.

Remember that a matatu tout can start working almost immediately after form four and so by the time the banker finds a job, the tout already has 3 years of experience. The tout will have already completed his driving classes and just waiting for 2 more years to become a fully-fledged PSV driver. He has by default been “hardened” by rubbing shoulders with the traffic police, city council askaris and NTSA officers.

So let us see how the two manage their life and money differently.

The matatu tout, owing to his perceived “low class” standards is comfortable renting out a house in some dark corner of Githurai 45. That costs him a paltry Ksh3,000 per month. Thanks to the nature of his job, he does not require to pay fare to and from town.

The graduate banker on the other hand due to his perceived “high class” status in society will rent a bed-sitter in Roysambu or any other middle-income estate. That will cost him approximately Ksh10,000 per month. Unlike the tout, he has to pay for matatu fare to and from work everyday.

Fare from Roysambu to town (one-way) is usually Ksh100 during peak hours. Don’t forget the late-night Uber trips the banker has to take after a night out with his fellow educated friends.

The matatu tout is naturally able to save more because of his low expenses. If he is wise and disciplined, he will join a SACCO where he will start saving with the dream of purchasing his own matatu. You will find him comfortably taking food in vibandas (temporary sheds) to save an extra coin he can find.

His street survival instincts will have taught him that he can actually take advantage of free transport of his employer’s matatu to be collecting second-hand clothes in Gikomba. So he starts up a small market stall in the busy Githurai market.

On the other hand, the banker will be busy trying to fit into a certain lifestyle. His biggest worry will be how to upgrade from the bed-sitter in Roysambu to a one-bedroom house in Garden Estate or Ruaka. He will also be working very hard to get a loan so that he can buy a car.

His goal is to particularly fit into a lifestyle worthy of a white collar job employee. You will therefore find him busy on social media updating his growing number of online fans on his daily escapades.

As the matatu tout builds his savings and expands his streams of income, the banking clerk gets busy financing a lifestyle.

Five years down the line, the matatu tout has already become a PSV matatu driver which means his daily take-home has risen from Ksh3,000 to Ksh5,000. He only needs to wait for a few more months and he will be having his own matatu on the road.

Even luckier for him, he already has the hard skills of managing this tricky business. His mtumba business has also blossomed and he has left it to his wife to manage full-time. This brings an extra Ksh1,000 a day to the family’s kitty.

The story of the banker is not all too gloom and doom either. He has already managed to clock in a few more years of experience and has been promoted to a better position. He now takes home Ksh60,000 basic salary per month.

He is already finishing up on repaying the car loan he took during the early years of employment. Next on his plan is to take up another loan to finance his upcoming wedding. His target budget is Ksh1,000,000 wedding.

Note that due to his promotion at work he now has to deal with more workload…meaning his mind is fully occupied and he cannot even think of running a side-hustle.

The matatu tout has managed to grow his matatu business from one matatu to a fleet comprising 14 seaters and 33 seater HINO buses. And thanks to his experience on the road, he has been appointed as the head of his matatu sacco.

His mtumba business has also grown into a fully-fledged boutique with branches in Ruai and Ongata Rongai. His wife frequently travels abroad to shop for new supplies. They have also constructed a bungalow in the outskirts of the capital. In just a few more years, they will be constructing some rental apartments in Juja.

The good banker on the other hand will have reached a senior managerial position. Good for him. But that’s the end of the story. He will be stuck in debt. He has a mortgage loan for the apartment he bought in mlolongo – the mortgage loan has a repayment of 30 years meaning he will repay it until he turns 85.

His kids are going to expensive schools and he is already feeling the strain of paying for tuition and boarding fee. To make matters worse, the bank he works for is not doing so well owing to factors like capped interest loan rates and entry of digital banking.

A memo is circulated in the office that some people will be retrenched. He becomes a worried man. His health deteriorates. He is on the verge of having his apartment repossessed if he loses that job. He tries to secure a loan to start a business (remember he has no hands-on experience in managing his own business), it fails. You can now join the dots and figure out what happens to him in his sunset years.

Once again, the goal of this story is not to encourage you to despise some jobs. We cannot all become touts. But there is a lesson in it for all of us to learn. The banker in this case is you – the smartly dressed chap who spends his time on Facebook, Whatsapp, Twitter etc. The banker is also you – who despise humble beginnings.

That mkokoteni drawing fool you splash water on with your ex-Japan car bought on loan might soon give you a run for your money. Wake up, stop financing a lifestyle. Don’t be a robot. Don’t take a nap in your comfort zone. Wake up and start working on your dreams.