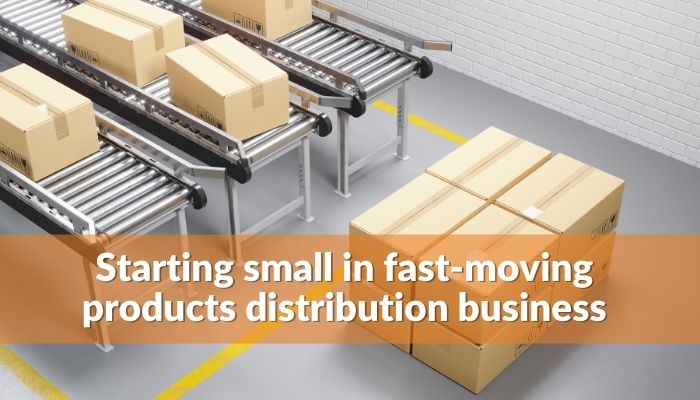 They say you cannot start by becoming great but you can become great by starting. This is a mindset that has indeed built great business intrapreneurs the world over.

Let us take, for instance, the business of supplying fast-moving goods such as cakes, mandazis, soft drinks, and bread among others from manufacturers which requires small capital to start.

In fact, a product’s route to the market is one of the crucial factors every manufacturer considers in their quest to make sales by moving their goods closer to consumers.

Here is where you come in as a distributor by either becoming a subcontracted distributor by the appointed agents or doing it solo by buying as a wholesaler.

In both approaches, you do not need to own a company under which you operate but a capital of Sh50,000 which you can easily get if you have been doing some savings with a Savings and Credit Cooperative Organizations (SACCO) or otherwise.

The benefit of being a member of a SACCO is the ease of accessing loans as they give up to five times the amount saved allowing you a very good capital base for the business and low interest.

With this money, you need to, first of all, identify some of the small shops or resellers and which products they sell as they would be your main target markets before setting up or renting a store where they will easily locate you.

In Nairobi’s central business district (CBD), for example, you can actually get a rental store of 50m2  at as low as Sh1,500 a month or Sh200 per square feet of rental space.

You will then need some means of transport to move your goods around and because you want to start small, avoid a pick-up or a car, hire a tuk-tuk (three-wheeled vehicle) or motorcycle which can be charged Sh1,000 per day depending on the load weight given they are meant for short distances.

Load weight equivalent to that of three passengers is charged Sh50 depending on the distance.

When this is done, you can then approach the manufacturer producing the products that you want to trade in or their agents and buy the goods wholesale for distribution.

Baked mandazis like the famously known KDFs are always packed 60 per packet. This is the same as the small cakes which are always sold at Sh10-20 in small shops.

You can acquire these from bakers at Sh45 per packet then distribute to resellers at Sh50 earning Sh5 a packet.

Assuming you can carry not less than 200 such packets in crates on your motorcycle at a go, you will make Sh1,000 gross profit and Sh2,000 in a day if you have two trips in the morning and evening.

Alternatively, a piece of bread in wholesale will cost you Sh43. You can then distribute it to the small shops at Sh48 getting Sh5 per bread.

Now, a crate carries about 10 pieces of bread translating to Sh50 per create and assuming you can distribute up to 100 crates a day (on the lower side), you will be carrying home Sh5,000 gross income a day.

As you grow and you want to get more formal, it is good to note that of the various distribution channels, manufacturers often appoint a third-party distributor to undertake this function by entering into what is known as distribution agreements.

A distribution agreement sets out the contractual relationship between a manufacturer and a distributor detailing the terms under which the distributor may sell the manufacturer’s products in a given market.

Do not trade blindly or else you will get yourself on the wrong side of the law. Like any other business, the distribution of products is also protected by law.

According to the Competition Act, No.12 of 2010 (the Act) restrictive or anti-competitive trade practices which may affect trade within Kenya is prohibited.

In this action under Kenyan law, distribution agreements are deemed to be vertical arrangements within the production or distribution chain.

Consequently, they are capable of involving negative trade practices that impact competition. Such practices in distributorship include the unreasonable increase in the cost of production or distribution of commodities resulting in higher market prices, price-fixing on the selling price, misleading or deceptive advertising or any other trading conditions and setting of minimum prices in form of retail price maintenance.

To be compliant with the competition law, parties must be keen to ensure that exclusivity provisions and terms restricting the minimum resale prices are adhered to.

This is because if you are found guilty, you will be liable to a fine of up to Sh10 million or imprisonment for a term of up to 5 years or to both.

Though this normally applies to big players in the distribution chain, you should as well ensure you do not get involved in unfair trading as it can adversely affect the reputation and the entire business.