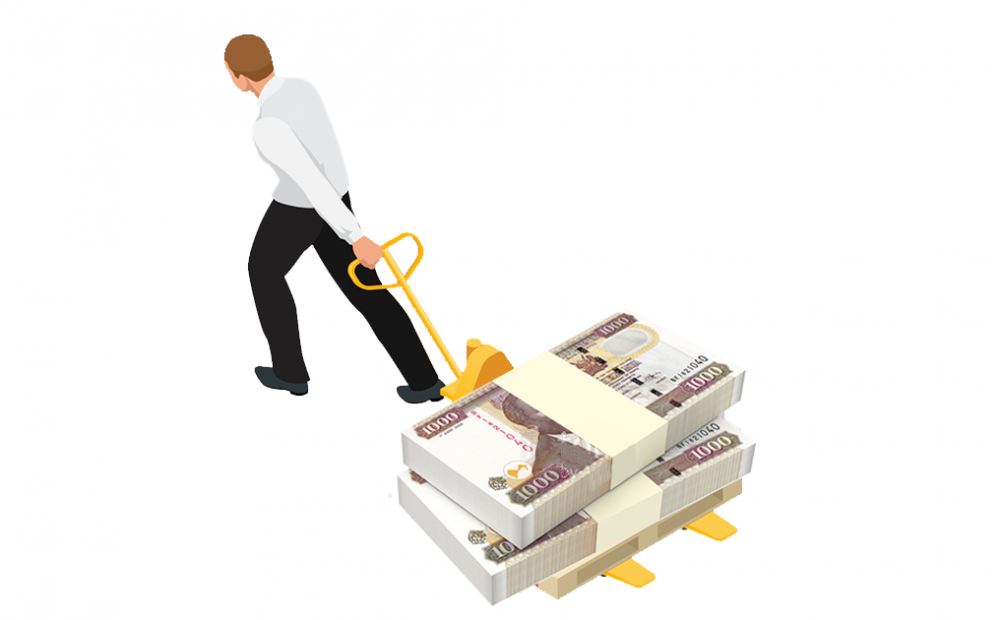 It was back in 2007 when a young man whose career was blossoming got wind of a potentially life-changing business idea – investing in shares. Like most people, he had grown up watching TV and reading newspaper articles about the profitability of this kind of business.

So when Safaricom (the largest telco in Kenya) floated its IPO, he figured out this was his chance to stand to be counted. He took a Ksh1 Million loan from a local bank at an interest rate of 15% per annum. By that time Safaricom shares were trading at Ksh5 and so he managed to purchase 190,000 shares.

Looking into the future, he was almost assured of being a multimillionaire in a span of 5 years because as most of his fellow investors had expected, the share price would shoot to Ksh25 a piece. Shock on him, a few months down the line the 2008 global financial crisis kicked in, followed by the 2008 Post Election Violence (PEV). The share prices came down tumbling trading to less than Ksh2.50 – a situation that sent the young man into panic mode.

Things were not looking good and waiting a little bit more into the future certainly did not look like a good idea given that a loan had to be repaid. He hurriedly sold off his shares at Ksh2.10, exited the circa and used the proceeds to settle part of the outstanding loan. In addition to that, he had to part with a portion of his salary for 60 months in order to fully clear the entire amount.

To make matters worse, as he was still trying to figure out his way out of the murky waters of debt, things started to look up for Safaricom on the bourse with the share price shooting all the way up to Ksh21.00. If only he had waited for a few more years!

Stories such as this one are not uncommon, it’s only that majority choose to suffer in silence rather than parade their failures for all to see. Certainly, more and more salaried people with seemingly good life and from an educated background are slowly wallowing in poverty. This despite working hard, saving diligently and even investing.

But why does this happen? We take a look at why educated and salaried people often remain poor despite having all it takes to excel in life.

(1)Wanting to hit two birds with one stone

With a job to keep, a boss to impress and bills to pay, salaried people cannot afford to completely ditch their comfortable 8am to 5pm lifestyle. So they hire and entrust their relatives or village-mates to run the affairs of the so-called side business. And therein lies the problem.

The first person they hire proves too lazy and unambitious, so they fire him. The second person they hire is a family member who clearly lacks the zeal and expertise to run the business, so once again they fire him when they notice the business is on its deathbed. The third and final person (or the mortician if you may) is usually a former village-mate or an old friend who despite being passionate excels in dishonesty. Before you know it, the once emaciated chap milks the business dry and escapes (not back to the village but to start his own venture using money and experience stolen from the unsuspecting boss.)

At the end of it all, one is left with no other option than to simply close the business, count losses and repay a loan without getting any value in return.

(2)Investing out of superfluous research

Tell a salaried guy to follow his passion – he will confidently answer you that his only passion is drinking and partying hard all weekend long at one of those shady clubs along Thika Road. Tell them to research about the latest business trends – they will tell you they have no time because they are busy for most of the day working for their bosses.

End result: they live a superfluous life, devoid of self-awareness and facts. And because they spend most of their time typing “Amen” on Facebook, the only way they know to invest is through half-baked methods.

Others start hardwares because word on the street has it that there is a “construction boom” in the country only to be shocked about the reality on the ground. Some buy thousands of broiler chicken and keep them without learning the best practices of such business only to lose the entire brood due to an unfamiliar disease.

Related: 6 Habits That Will Keep Your Poor For The Rest Of Your Life

How dare you tell a whole Branch manager to move door-to-door marketing tomatoes? The only thing these moderately paid office chaps can get dirty doing is changing a tyre of their ex-Japan Toyotas which they bought on loan. They hate doing the heavy lifting.

And so even when it comes to investing, they look for methods that require least effort to create disproportionate profit levels. Their dislike for odd jobs is what makes them resort to remotely managing their ventures which of course leads to similar consequences as those discussed in point number 1 above.

(4)Being out of touch with reality

The life cycle of a salaried person starts in school where he or she is taught and required to memorize arbitrary formula and theories. Then after 20 years of schooling, they come out, tarmac for a few years and then land a job. And therein lies another problem.

They end up being out of reach with realities of life. They think they can use the mathematics formula they learned at school to start a business only to be shocked by the fact that the complexity of real life requires more than just text book knowledge to manoeuvre.

(5)Behaving as if they just realized loans exist

Most people live beyond their means and so they don’t save a lot. So even when they hear of a potentially good business idea e.g. buying Safaricom shares like in the case above, their only course of action is to take loans to be repaid in 60 months.

And because they have what most bankers adore – a regular paycheck – they easily get funded. Little do they know that things like shares are best bought with long-term savings and small start-ups are best nurtured through bootstrapping.

Loans in business are best taken for scaling up a business, not starting one from scratch!

(6)Investing out of fear of losing job not passion

Employed people are always worried about the day when their boss will turn against them. Somehow, they know that a day will come and they will be jobless and broke – but they don’t know when.

So they join the “be your own boss” craze, not because they are passionate but out of fear of the unknown. From past experience less than 20% of businesses started on the fear motive live to see their second birthday.

(7)Starting in a big way

The reason the salaried class tends to suffer from lifestyle diseases from a young age is because they survive in a rat race. They compete on who takes their kids to the best schools. They brag about their cars and finance expensive ceremonies all in the name of keeping up with the standards.

But that’s not even the problem. Besides living a “big life” they attempt to take their ‘big ways” into the world of business. So Juma wants to start a spare parts business. He rents a huge front and back office. Hires a receptionist, watchman, cashier, store-keeper and tens of other employees.

Goes ahead and imports the latest office furniture. Gets an unnecessarily expensive website created. And because his corporate ways have shown him that “image is important” he goes ahead and commissions a grand launch. All this is financed on a loan to be re-payed in 48 months.

What Juma doesn’t know is that his small business has other more important priorities to deal with. While such image building tactics may help, they may not have a significant effect to the company’s bottomline.

What truly matters during the early days of a business is its ability to give value to customers through optimal use of available resources. The glamour and grandeur almost always does more harm than good at this stage of growth.

(8)They Invest In Dubious Land Deals

If not chained to a 35 year mortgage of an overpriced, poorly finished apartment in Mlolongo or Ruaka, the well-educated guys spend most of their life untangling themselves dubious land deals.

It’s either they buy into one of those overhyped Green House Kilimo deals where one is told to buy a plot+greenhouse at Ksh350,000 and expect to reap Ksh500,000 per year from the comfort of your couch. Or they are busy buying cheap plots in the middle of nowhere without even taking time to do a search at Government offices or bothering about the title deed. They only come to realize later that they bought hot air.

Results: they spend decades on end repaying loans without having anything to show for it. Sometimes things get worse and they are forced to put up with endless court cases.

Nothing tests your patience better than a small business. And usually, majority of the employed lot are not as patient as they think. The longest they can hold onto an idea is two years…if it doesn’t materialize they give up.

The only reason they get into business is to “try and see” if it can effectively replace their paycheck. Once they sense nothing of that sort is bound to happen, they pack and go.

Ever heard of the clothing brand FUBU? Well, just know that they guy behind it had to survive for 9 years without making any reasonable profit out of it. But he was patient because he had a long-term agenda – and yes, long-term agenda is what the salaried class seems to lack when making investments.

Although some of them are bold enough to quit their well-paying jobs to start new ventures, they forget about financial discipline. They continue paying rent in the same apartment that gobbled up 50 per cent of their salary.

They continue to pay for expensive gym and club memberships which were previously being paid for them by the company. In other words, they continue to make a mistake of living beyond their means hence placing too much pressure on the upcoming business.

Instead of re-investing profits to grow the business, they suckle out all proceeds like merciless pests leaving the once promising business struggling.

The reason we all wake up early in the morning to go to our places of work is so that we may create a better future for ourselves. But what happens when that very future is jeopardized by our very own misinformed decisions? If you are a full-time worker with plans to invest now, in the future (or even if you have a running business), it’s my hope that you will be alive to these ten poverty-breeding ways and be careful with the kinds of decisions you make going forward.