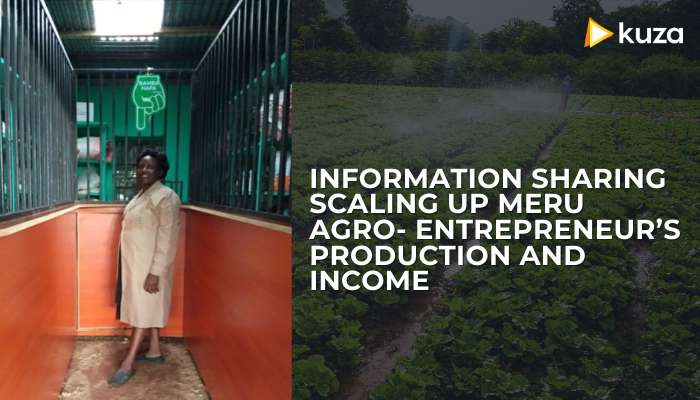 Before 2019, Lucy Kaari, an agro-entrepreneur from Tigania West in Meru County was just a voluntary worker at Makandi Community Based Organisation (CBO) earning Sh5,000 a month from sales of farm produce.

However, her life would soon change thanks to FarmtoMarket Alliance (9FtMA) program by Kuza Biashara in collaboration with the Cereal Growers Association (CGA) which seeks to help farmers from production to marketing of their farm produce.

The program has turned her into an Agribusiness Advisor (AA) since early last year when she attended FtMA training workshop in Meru Town where she was trained on how to start an agribusiness, market knowledge, farm budget development, record keeping, accessing financial help, managing cash flow and credit and savings through SACCOs among others.

“After training I went back to the CBO where I had some leadership role and I showed the members new skills of doing farming I learnt. In the next season, I was pleased to witness all of my members in especially women becoming my farmers,’’ said Kaari.

She says she started with just 150 farmers from the CBO but in a record of one-year period, the mother of four has already increased the number to 500 owing to her freewill to share the knowledge she has with the members.

Other than lacking business skills, Kaari also faced a lack of enough capital venture into agribusiness at the beginning.

Nevertheless, her first sorghum production last year around July where she realised 10 bags of 100 kilos each which she sold at Sh32 a kilo gave her a good starting point in the business. 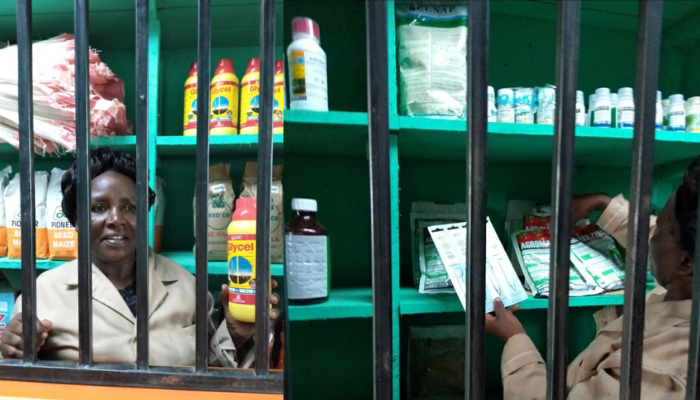 ‘’I am very grateful because FarmtoMarket Alliance program has been able to like me and other farmers with financiers and seed companies among other partners who help us from farm to the market,’’ she said.

Today, Kaari who owns 2.5 acres of land in Mbeu Ward, Meru County is growing maize and sorghum on a rotational basis.

In this, she makes about Sh77,000 per season out of the two crops. She also owns an agro vet where she is able to reach out to farmers with subsidised farm inputs and training.

‘’When I am not in the field visiting or working on my own farm, I always run the agrovet which I can say has broken the long-chain the inputs had to follow to reach the farmers hiking the prices,’’ said Kaari.

She says the agrovet rakes her about Sh20,000 a month.

In addition to the agrovet which FtMA program has enabled her run effectively, she is also a sorghum aggregator working with Safaricom’s DigiFarm to collect all the produce from her farmers and collect them at one place where they are then bought.

To her, success is when she will have her own logistics system in place to ease her transport of farm produce, have her own store built on a piece of land she has already bout to cut on her rental costs and bring together more farmers and be able to help them transform their lives.

‘’Since the time I was a volunteer, I have never wanted to see my fellow farmers suffer for lack of knowledge. I would like to see their lives transform just like mine.’’

The registered CGA farmer says that the door is still open to all who would like to join or help them in whatever way possible to grow even stronger.