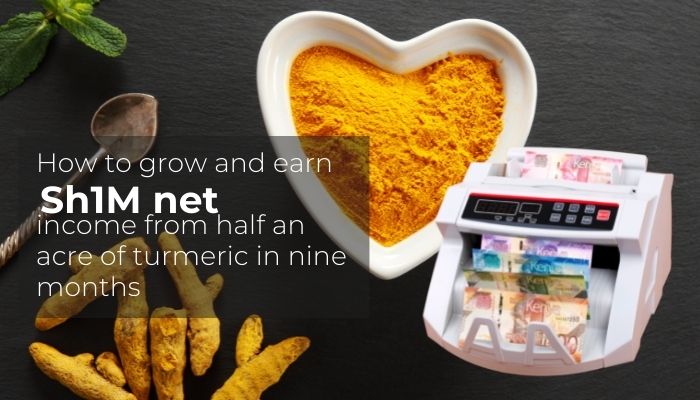 Agriculture has been touted as the next frontier in Africa and choosing to grow a high value but the less cultivated crop in Kenya like turmeric makes it a very profitable venture for farmers.

Known as the golden spice of life, turmeric is slowly spreading its roots in East Africa, with Uganda taking the lead in cultivation.

According to Mr Oliver M. Ndegwa, the CEO of Madvisory Africa and lead Technical Engineer at Agrotunnel International, there has been little uptake of the crop by farmers due to an information gap.

“We import most of the turmeric consumed in the country because many farmers lack information and quality seeds, despite the huge local and international market,” said Ndegwa.

Due to its high economic value, Ndegwa has since founded Turmeric Kenya Ltd to mobilise farmers to grow the spice.

“We have started with the latest CIM PITAMBER turmeric variety from India which is at the multiplication stage,” said Ndegwa

The variety also has curcumin (the highly needed anti-inflammatory compound) of 12.5 per cent, the highest yield also of 2.5MT per half an acre, early maturity of 180-190 days and has wet to dry conversion rate of 22 per cent. 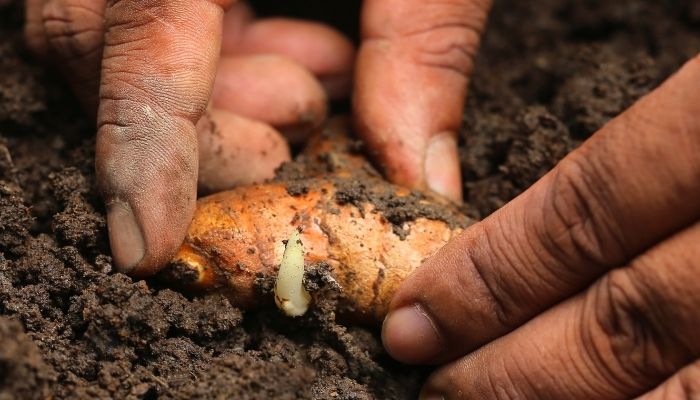 For successful production and marketing, the following conditions and requirements should be met.

Generally, the crop requires a tropical climate with a heavy rain period, which is followed by a hot dry spell. It requires 1,000mm-2,000mm of rainfall annually and an altitude of 1,500m above sea level making it an ideal crop for many regions in Kenya and extensively, East Africa.

It is a warm-season crop that thrives in humid climatic conditions and can be grown in a shade.   Ideal temperatures are between 20°C -35°C. It does well in organically rich, well-drained loamy soils with a pH of 4.5-7.5Farmers whose soils have a high pH can lower it by applying compost manure, while low PH can be increased be applying calcium carbonate.

This is a very critical part and a farmer can go wrong just by picking the wrong planting materials.

“Farmers must avoid walking into the market to buy fresh turmeric rhizomes splits for direct planting as this can lead to a long wait before sprouting. This is because the dormancy period of the seed materials lasts for three months,” advises Ndegwa.

Instead, they should source clean planting materials from certified individual nurseries or government seed merchants like KALRO.

The seed material from mother or finger rhizomes should be cut into pieces 4-5cm long with 1-2 buds. However, mother rhizomes are most preferred as they give over 50 per cent more yields compared to finger rhizomes.

Requires about 8 tonnes farmyard or compost manure per half an acre. The manure should be broadcasted and then dug into 35-40cm depth during ploughing.

This is followed by harrowing and just before planting, beds of 1.0-1.5m wide, 15cm height should be made at a space of 50cm from each other in readiness for planting.

Just like ginger, turmeric is planted whole or split either as mother or finger rhizomes of 40-50g in weight.

For a farmer who wants to use finger rhizomes, mature and healthy ones are preferred though according to experts, mother rhizomes are the best-placed planting materials for good production.

Before planting, make ridges and furrows of 45-50cm on the beds.

When planting, seed rate depends on a variety of factors such as soil type, planting system and weight of rhizomes and turmeric variety

It’s recommended to plant sets on ridges of 25-30cm apart, 15-30cm within rows and at a depth of 5-10 cm. With sufficient water, the shoot starts appearing after 10-15 days and will continue over a period of four to eight weeks.

In case of intercropping which can be done with crops such as chilli, onions, French beans, coconut, eggplant and maize, 400-500kg of rhizomes are required.

the crop requires a litre of water per crop per week during dry season but this can be reduced by half if vertical farming is done.

Apply 16 tonnes of well-decomposed farmyard manure during land preparation. For fertiliser, apply NPK at a ratio of 30:12:12 kilos per half an acre Top-dress a month later with UREA at 12.2kg per ½ acre. Weeding should be done when needed.  However, four to five weeding sessions are recommended.

Turmeric is affected by pests such as thrips, rhizome scales, nematode pests, and shoot. Borers and diseases such as leaf blotch, leaf spot, leaf blight, root not and rhizome rot. Root-knot nematodes can wipe out the entire crop population if not prevented or controlled in time,” reveals Ndegwa. Seek professional assistance on seeing any sign of disease or pests.

Happens in seven to eight months for early maturing, and eight to nine months for medium maturing varieties. Harvest when leaves begin turning yellow and drying up.

Cut leaves close to the ground and gather the rhizomes by hand or use a spade to carefully lift clumps to avoid damaging the rhizomes. Rhizomes are cured by leaving them for a day to wilt.

Ensure this is done within two to three days of harvesting. Just before curing, separate the mother from the finger rhizomes and clean them up. Remember, you can realise an average yield of 10 to 15 tonnes per acre of green turmeric.

This involves boiling in a covered pot filled with three-quarters of water for 45 to 60 minutes, drying, and then polishing of the rhizomes by manual or mechanical rubbing to make them smooth and appealing. Remember to leave your boiled rhizomes indoors for about a day before sun drying for 10 to 15 days. You can preserve some rhizomes for seeds for at least 15 days by storing them in pits and covering them with sawdust or sand. 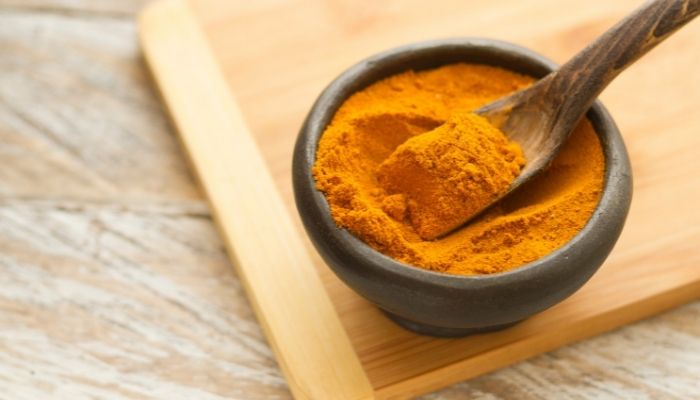 After polishing, your turmeric is ready for the market. A finger of a rhizome of about 11cm retails at Ksh20 in Nairobi and the price is higher in the international markets.

Though the costs of raising half an acre can be regarded as quite high at between Sh175,000 to Sh200,000 for seeds, water, manure, and labour the returns are sweet

Currently, a kilo fetches Sh200 to Sh400, depending on variety and demand.