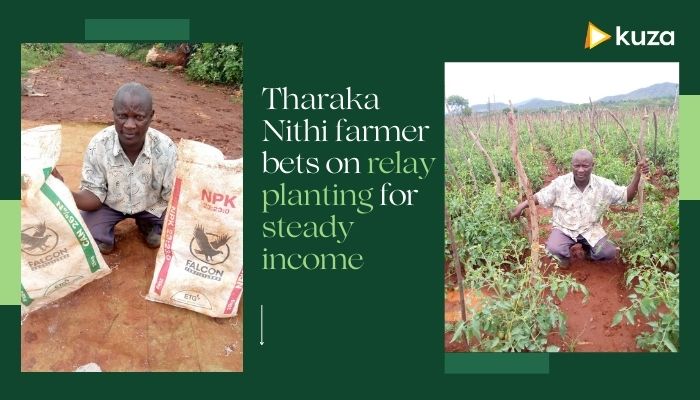 Gone are the days when farmers use to do excessive tillage that has been associated with continued land degradation resulting in productivity problems.

In addition, farmers especially those growing horticulture crops no longer wait to fully harvest their first crops as they can intercrop the second crop after the first one has completed its development in what is called relay cropping.

It is this farming practice that Paul Mpanda Mboiro, a horticulture farmer from Igamba Ng’ombe, Tharaka Nithi County has been involved in since 2018 September when he started commercial production of tomatoes, watermelons, kales and sweet potatoes within his five acres piece of land.

Tomato being his key crop, he ensures that he divides his farms well in that while one portion is being harvested, the other has plants at the flowering stage and while there are some seedlings in the nursery, others are just transplanted to the seedbed.

“This way,” says Mpanda, “I am always harvesting and selling the produce all year round making a steady income just like those in formal employment.”

He learned this style of farming way back in 2015 when he was a trader of fresh produce at Kongowea Market in Mombasa County where he used to source tomatoes among other crops directly from farmers and take them to the market.

“During the time, I noticed that there were som 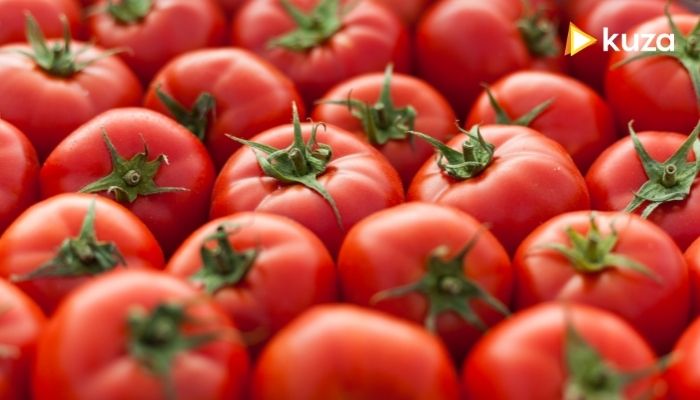 e farmers who always had tomatoes from their own farms to sell and when I required, they were free to share their double-cropping technique,” said Mpanda.

So, he decided to try distance farming which could not work because those whom he put in charge became insincere prompting him to retire home in Makanyanga village, Tharaka Nithi County in 2018 August to focus on crop production.

His first tomatoes which he planted on half an acre in September that year was his source of motivation.

He could harvest 2-3 tonnes per week selling at Sh200-300 a kilo. At the end of the season he had over Sh0.5m gross income hence he became determined to increase his production.

To avoid repeating the same crop on the same piece of land, he increased the acreage to two, to three then to five overtime. this has since enabled him to practice crop rotation by growing watermelons, sweet potatoes, kales and sometimes maize to discourage the build-up of certain pests and diseases. 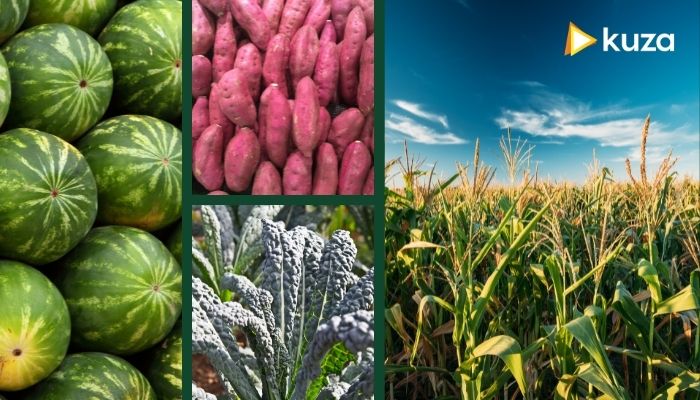 “Maize does not do well here but I just decided to be introducing it into a tomato farm at the time tomatoes which take a short time to mature are getting exhausted, there is something to occupy the space to even reduce the growth of weeds,” said Mpanda.

He also does fish farming having build two large ponds measuring 25×20 feet and 45×40 feet. The ponds have tilapia, mudfish and catfish.

He harvests the mature ones which he sells at Chuka Fisheries at Sh100-200 a piece or Sh350 a kilo.

Coming as a reprieve for him and other farmers in the area is Makanganga Irrigation Scheme which he says was completed two months ago and farmers have already started benefiting from the free water by the Ministry of Agriculture.

Confident that the scheme will see them through the dry season, Mpanada is currently selling his last tomato harvests from half an acre while there are others already flowering and will soon be ready for market.

“I am sure that by May I will be planting others so that I do not run out of the produce at any point in time,” he said.