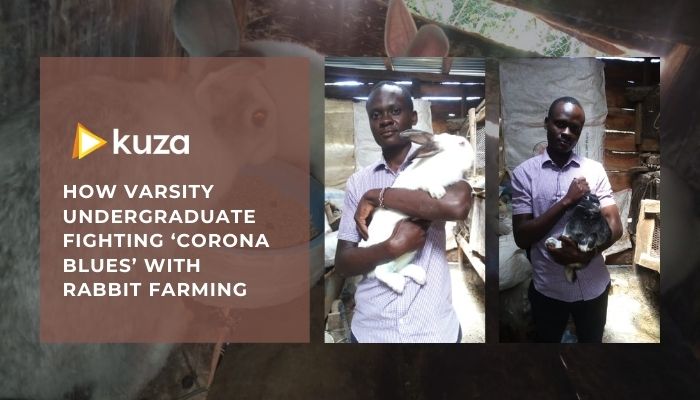 In normal times, Emmanuel Eddionyi an undergraduate student from Kenyatta University could now be in school for his second last semester studies.

However, following the coronavirus (COVID-19) pandemic that has led to the closure of all learning institutions in the country several months ago, the Bachelor of Education Special Education (Sp. ED) student, like the rest, has been forced to stay away from school.

“By now I could be ending my classwork then wait for teaching practice or practical lessons later in the year but due to the pandemic even our graduation, I guess, will have to wait as everything is now in limbo,” said Eddionyi.

For many students like him, this situation can be stressful and full of boredom feeling cut off from the campus life- with its vital resources and support networks which has now come to a halt something which can bring what many call ‘corona blues’.

In fact, latest studies have shown that rates of anxiety, depression, and stress in college students have risen significantly over the past months with many students reporting increased stress blamed on COVID-19.

For Eddionyi, his rabbit venture he started two years ago within his parents’ land in Stella, Migori County is relieving him the boredom brought about by the uncertainty of the current situation. 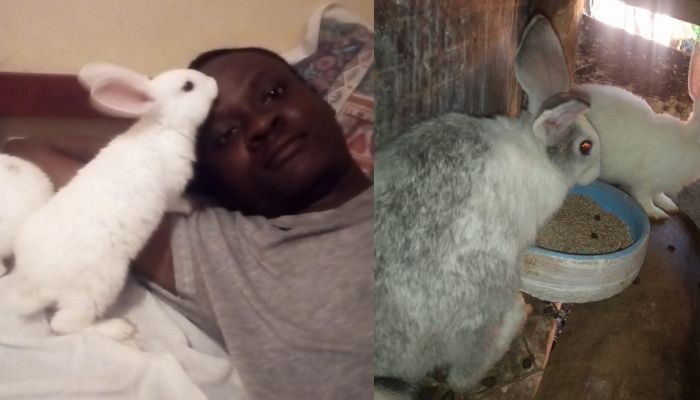 “To me, just tending to these small animals offer me an aesthetic feeling and a reprieve other than the cash I am able to earn from selling them for white meat lovers and other farmers. After all, I no longer depend on my parents for upkeep,” he said.

When he started this venture in 2018 after a thorough online research, his aim was to turn what used to be his childhood hobby into a lucrative venture and have at least an enterprise he could call his own.

His capital came from sales of scrap metals that he collected from old machine parts that belonged to his mother, of course on the mother’s permission.

These gave him Sh12,000 which he used to buy some four breeds from an established farmer from Kasarani, Nairobi. He bought one which was already pregnant at Sh3,000 and the rest at Sh2,500 each.

The breeds included a New Zealand white, a Flemish giant, a Canadian giant and a California white. The rest of the money were spent on constructing a structure and buying some feeds.

“I buy a 50kg of rabbit pellets which the rabbits feed on for a duration of three weeks to one month. This is costly as I spend Sh2,500 on the bag forcing me to supplement with some potato vines I grow and other locally sourced feeds to help me manage production costs,” said Eddionyi.

He says the rabbits take 4-6 moths to mature.

He also sells six months old winners to other farmers for breeding purposes at Sh400-800, also depending on the breed. 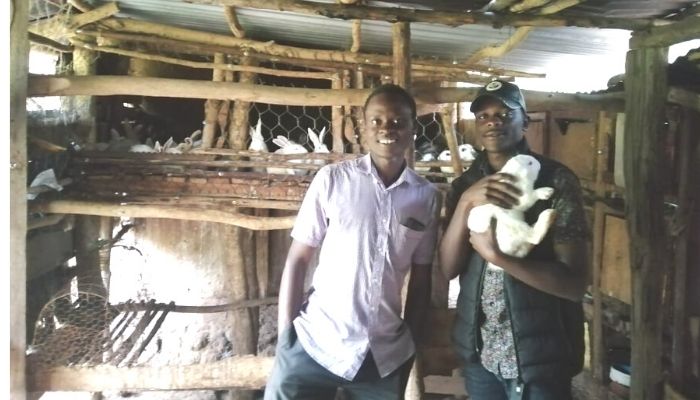 Eddionyi who also grows some cowpeas for vegetable which reach markets stage in few weeks and sell to traders from Awendo and Uriri Markets says his daily duties always begin early in the morning at around six and ends late in the evening by eight after ensuring that all his rabbits are fed and safe.

“It is very dangerous to idle this time because, as students, we do not have much school work to do at home and one can easily get depressed with the uncertainty of coronavirus crisis.”

To be able to manage his animals well, he says he controls their breeding rate especially every time he is about to go back to school so that they do not overwhelm his mother who helps him in looking after them as she also has other duties to take care of.

Currently he has over 70 rabbits a stock which has increased over the time given he has been crossbreeding the pure breeds with the local ones resulting to a more resilient and more productive breeds.

His vision in the near future when he finally finishes his studies is to transform the venture into a big farm of rabbits and in this, together with other farmers, they are coming up with an association of all rabbit farmers in Kenya through which they will be able to share information and sell their animals.