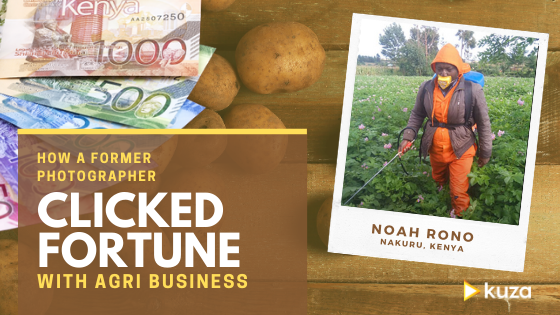 In the wake of the digital camera revolution and the entrance of smartphones with super quality picture taking abilities in Kenya, Noah Rono was among the worried lot as his life had depended on his analog photography.

The work he stated in 2005 was facing extinction as people started owning mobile phones which they could easily use to capture the moment.

“Others who did not have the phones started embracing modern cameras which gave them instant results. They preferred the new cameras to the old ones which they had to wait a bit longer to get their photographs,” said Rono. 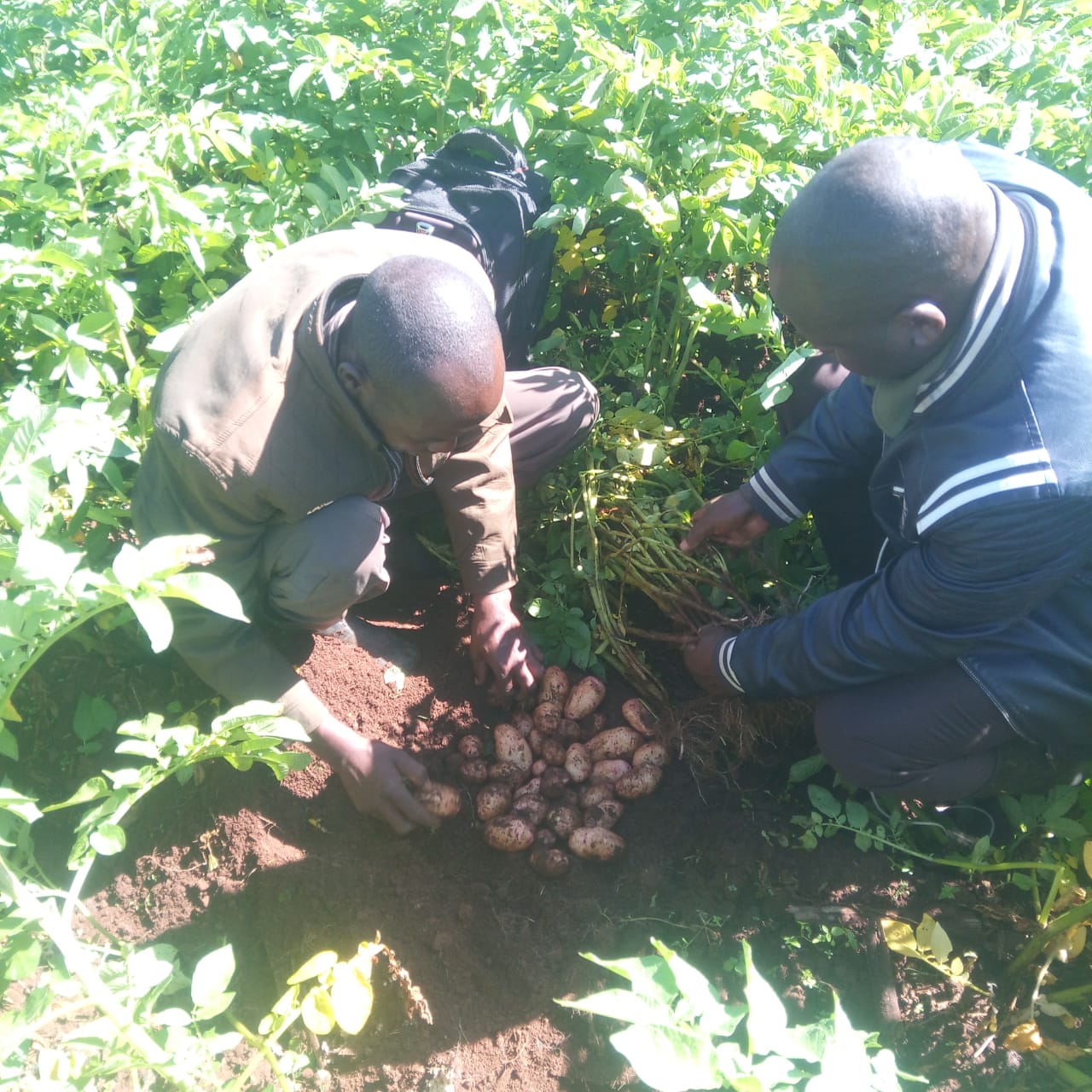 Noah and his colleague

This is how he gradually lost his over five years source of livelihood as he did not have enough money to buy expensive digital cameras.

So, what was left for Rono? He was not going to sit there and give up on life while his peers were making a kill in maize production. It was those days the issue of the leading staple crop in the country had not been highly politicised as today.

He therefore in 2010 decided to try his hand in maize farming by investing the Sh5,000 part of his savings to grow the crop within an acre piece of the plot.

He would also grow some cabbages on another one acre just to ensure that his family had enough to eat.

On realising the potential of maize farming as one way he could also draw a good income from, in 2013 he decided to drop growing vegetables and focus on maize production. 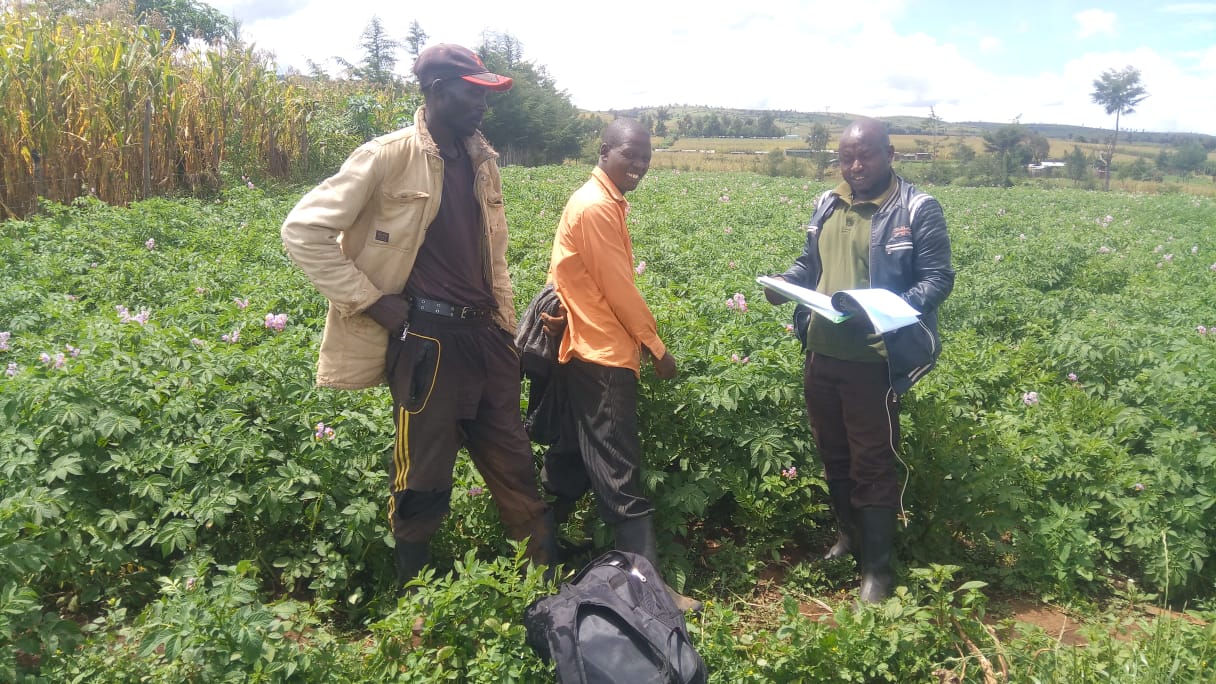 “I increased the acreage under maize farming from two to three and to further make a good income, I decided that I would sell them green rather than grains which were the norm by any farmer in the area,” said Rono.

Upon maturity, he harvested his crops from two acres while green for the market. He would preserve the remaining one acre for his family consumption.

To his surprise, the green maize he sold earned him Sh240,000 much more than he would have reaped from grains. That is how he got motivated.

In the subsequent season, he decided to spent Sh120,000 to lease two acres to add to his previous three acres totaling to five.

These, he also decided to do green maize on three while the remaining, to be harvested for grains and his earnings from the crop kept increasing.

But again, his fear was how long he was going to maintain his standards of earning going into the future. At some point the soil was going to start rejecting that one particular crop is grown in it over and over again.

“Luckily enough, in 2017 I chanced to attend a training by Cereal Growers Association (CGA) field officers who trained us on good agricultural practices such as planting certified seeds, crop rotation, minimum soil tillage, and mulching among others,” said the Mesibei, Njoro Sub-county farmer.

Rono then decided to shift to commercial production of potatoes which he from season to season rotated with maize and other indigenous vegetables.

Again, after two seasons of growing potatoes, he realised that there were storage and market challenges as many farmers in the area were into commercial potato production and prices were always dictated by middlemen.

“I, therefore, decided to source for certified potato seeds and major in multiplying the planting materials for the farmers while on the other hand aggregate their produce and sell to traders hence increasing their bargaining power.’’

He says that just within a quarter an acre he can harvest 50 bags of potato seeds weighing 50 kilos each which he sells at Sh2,000 a bag. 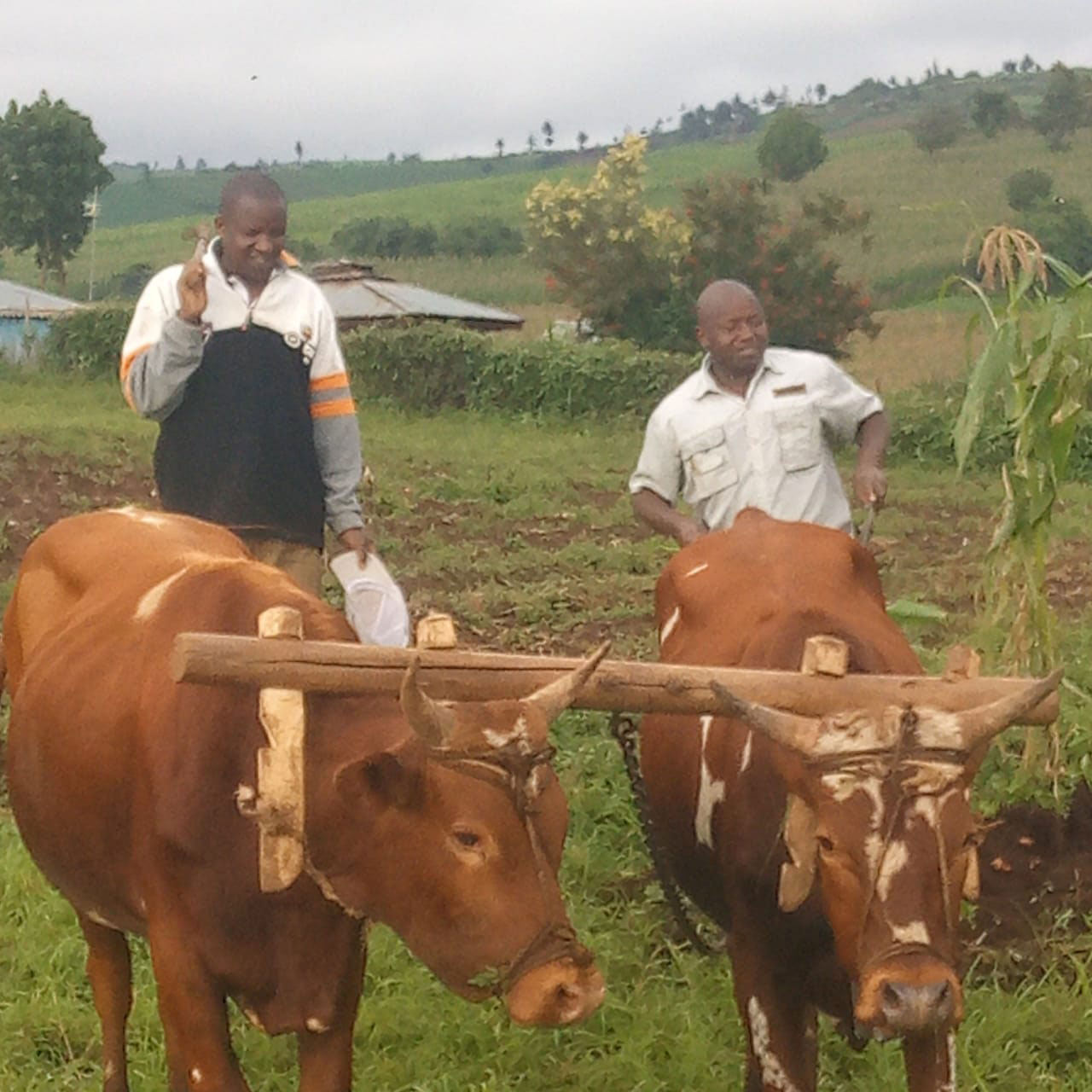 Towards the end of 2018, Rono was registered by CGA as an Agribusiness Advisor under the Farm to Market Alliance (FtMA) program . As part of this program, he has attended a number of training programs and has also undergone six-months of intensive Business Development, Entrepreneurship & Coaching (BDEC program) and Mentoring sessions conducted by Kuza Biashara, which has shaped him as a sharper agripreneur.

Today, the former film photographer is clicking fortunes in agribusiness which earns him a minimum of Sh50,000 a season and Sh5,000 a month from an agro vet shop which also helps him to connect farmers with affordable farms inputs.

From just 23 farmers he started with, he now has 78 farmers whom he also trains. The least, he says, can harvest 36 bags of potatoes weighing 50kg each while the highest of the farmers can manage 60 bags of the same measure.

A bag goes at between Sh2,000 and Sh2,500 depending on the variety of the potato and the quality produced.