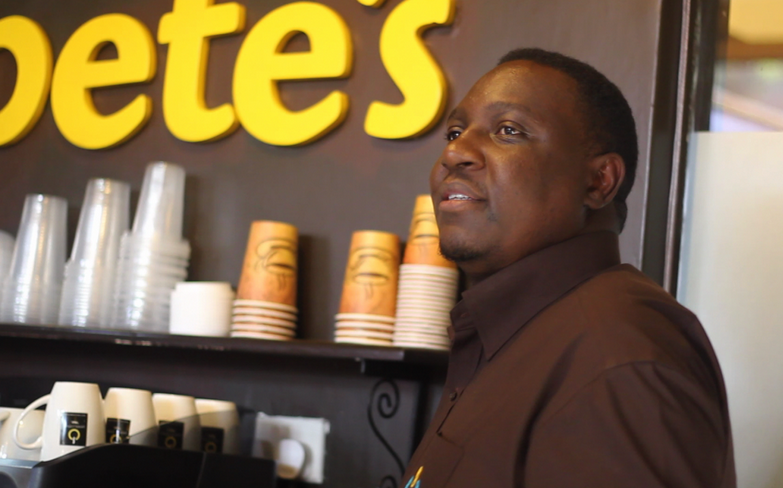 Most of the world’s best businesses were started from scratch – but through persistence, they constantly grew until they acquired their epic status. Moral of the story? In business, nothing good comes on a silver platter. Sometimes you have to take unconventional risks. Other times you have to lose your hard-earned savings and so forth.

The story of Peter Owiti, the brains behind Pete’s Coffee shop, speaks volumes of the great deal of effort that is spent when setting up a successful business. In the brief video below, Pete, who is a father of three, talks to Kuza Biashara about the challenges he encountered when he set up shop in 2004.

Peter resigned from a well-paying office job and, left with nothing other than his lifetime savings that amounted to Ksh500,000 ($6,000), he resolved to tread a path he was barely familiar with. Today, his business is valued at Ksh5,000,000 ($60,000). This admirable growth was recorded despite the scourge of Kenya’s Post Election Violence (PEV) in 2007/2008 which threatened to break his sequence of success.

Some quick facts about Peter and his business

Indeed Peter is a real entrepreneur and a risk-taker and that is why we celebrate him today. You can share your encouraging messages, question or compliments with him via the comment box below, as usual.