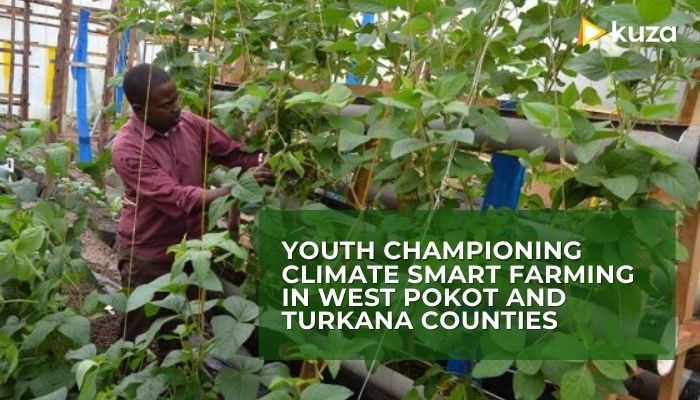 West Pokot and Turkan counties are among the counties in Kenya which experience extreme weather conditions with sweeping floods during the rainy season and ravaging drought in the dry season.

This has been causing dire food shortages among the communities living in the areas that have been classified as arid and semi-arid lands (ASAL).

It is for this reason that there is a need for interventions with the climate-smart approach in food production to cushion the residents from hunger.

Shirley Kigotho, 29, is one such agro-entrepreneur who has been championing resilient farming methods such as aquaponics and hydroponic among youth and women groups in the areas for food security.

She says she first got the concept of the alternative methods of farming back in 2015 while she was working for the Turkana county government as a financial analyst.

She then embarked on online research on how developed countries are able to grow crops in arid and semi-arid areas using the aquaponics method which entails growing crops in a moist area by spraying plant roots with plant food nutrients and hydroponics where one uses liquid, sand, gravel, and other materials to grow plants instead of sowing crops in soil.

“After getting better information on the two methods of farming, I needed now to go practical to perfect the techniques,” said Shirley.

Luckily the parents offered her a piece of family land in Trans Nzoia to practice the two concepts. 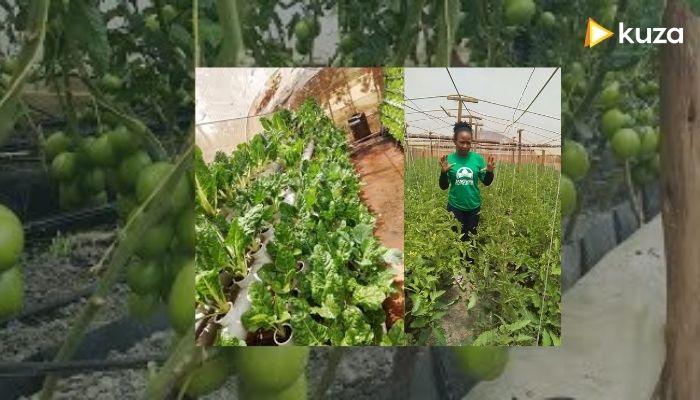 Since then she has been using the two methods to grow tomatoes within a greenhouse. She also grows capsicum, kales, cabbages, cucumber and coriander among other vegetables outside in the open field.

She now works with two groups of over 320 youth and women drawn from Trans Nzoia where she was born, West Pokot and Turkana counties training them on how to use the two methods of farming to produce their own food and some for the market.

In this, she installs greenhouses and set up hydroponic systems for people in the areas.

For instance, together with the youth, they install greenhouses at Sh97,000, hydroponic systems at Sh23,000.

Meaning if one would want to have both the greenhouse and the hydroponic system it would cost them Sh120,000, money that goes directly to the group account.

On her personal account, she has been riding on aquaponics and hydroponic to grow and earn from different crops.

To facilitate her agenda of bringing the youth and women together in resilient farming methods, Shirley has started her own company, Jangwani Farms Limited that focuses on growing alternatives in arid and semiarid areas and got incorporated in June 2018.

Currently, her firm has employed three staff members, a farmhand, an agronomist and a technician.

She is also looking for investors to help her expand Jangwani Farms and reach the uncovered areas of the vast West Pokot and Turkana counties to help residents combat the challenge of food insecurity.

As a boost to her quest, last year Jangwani Farms won the Most Sustainable Business award by Blaze Safaricom encouraging her to start thinking of producing high-value crops for international markets.