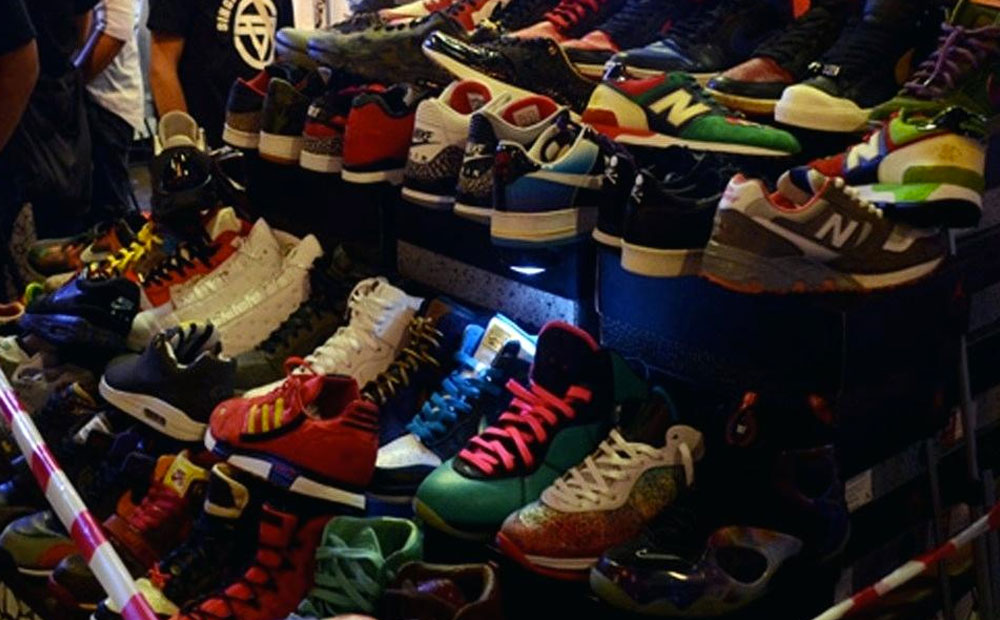 A story is told of a King who asked his subjects to always cover the ground he walked on with a carpet, of course this was before man knew what shoes were .So to overcome the hardships of stepping on uneven ground and stones the king required everywhere he stepped to be lined with a carpet. On seeing this one genius villager came up with the idea of shoes which saved the Kings warriors a lot of unnecessary work as the king was now comfortable with his shoes on and did not need the carpet anymore.

Alex Njonde finished school and like any other graduate went on a job seeking mission and hoped his guardians would help him using their connections to make the job seeking process much easier. Unlike the Proverbial King, Alex’s expectations were crushed, the job he got was not fulfilling so he quickly realized there was no carpet that would be lined on his path and had to make his own shoes and so literally the young man got into the shoe selling business.

Having friends who were already into business Alex decided to use that opportunity to learn all that he could. For instance where to get the best shoes in terms of quality and prices, the location of his shop and what type of market to target. He learnt that the best target was the youth who are always in competition to keep up with fashion trends.

How does one start a business without capital? That was the big question on Alex’s mind.

He started with capital of ksh. 1500. This amount was only enough to buy his first stock. What that meant was that he could not afford to rent a shop however that did not stop him. He went to the market got his stock and went on to sell the shoes at the verandah of his friend’s shop. The young entrepreneur says it has been tough especially with challenges such as the weather but he is hopeful that soon he will have a shop of his own.

“There is no venture without challenges so that is never a reason to quit. Before I went into this entrepreneurship I was employed at IMAX. I went to college and studied film production but right now I can tell you confidently that I don’t want to be employed again. I am able to watch my business grow seeing that all the efforts I put in are bearing fruits.”

Alex has been able to employ people to assist him especially in this jobless economy as he puts it. He is glad to be able to help someone earn an income. As more people continue to lose jobs and universities continue churning out graduates and no jobs in the vicinity many are resorting to entrepreneurship. The young man is not fazed by competition as he thinks it’s healthy but aside from that he is very confident in his skills and believes he has nowhere else to go but to the top.