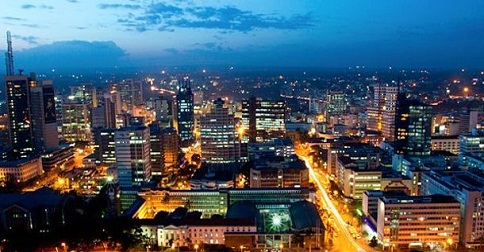 If you’re planning to start your own business, finding the right place to set up shop is a critical step. We identified 10 towns and cities that are the “hot-bed” of budding entrepreneurs in Kenya. Each offers attractive qualities like: low cost of living, good infrastructure, a great future and most importantly, a well trained workforce.

Please note that despite their popularity among start-up hopefuls, some towns such as Kakamega, Nakuru and Nairobi did not meet the cut due to several reasons. According to data previously presented by The World Bank Group, the three towns are still grappling with lengthy registration procedures and expensive rates which deny growth environment and momentum for small and medium-sized enterprises.

Here now is the top 10 list of great towns for starting a business. 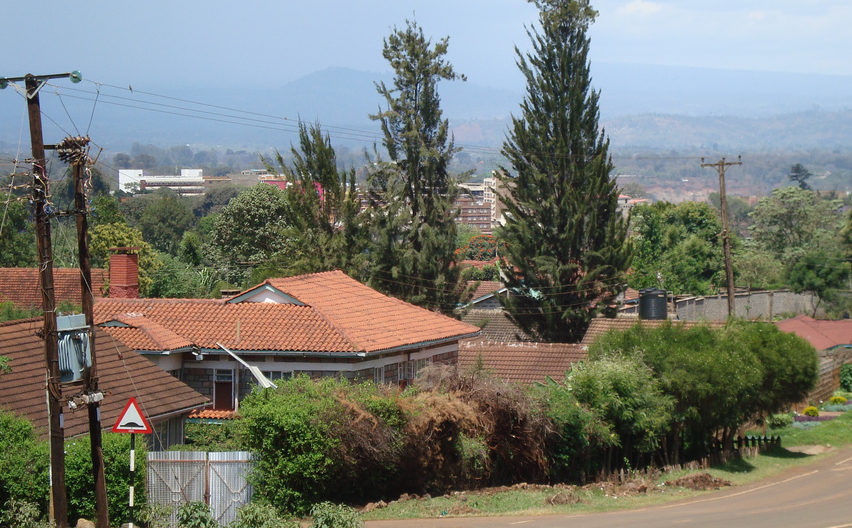 Located 2 hours to the North of the Capital City, the once sleepy Nyeri town is slowly creeping back to life. And thanks to its low cost of living and a rich agricultural hinterland, the town provides just the perfect recipe for agri-business and agri-based startups to launch and thrive. Large education institutions are also setting up in the area and this is gradually creating housing demand (especially for single rooms). Small business ventures that are performing quite well in Nyeri include: poultry keeping, onion farming, rabbit farming and low-end market real estate. Previous reports by the World Bank ranked Nyeri as 6th best town in dealing with construction permits and 10 best to launch a business from scratch. 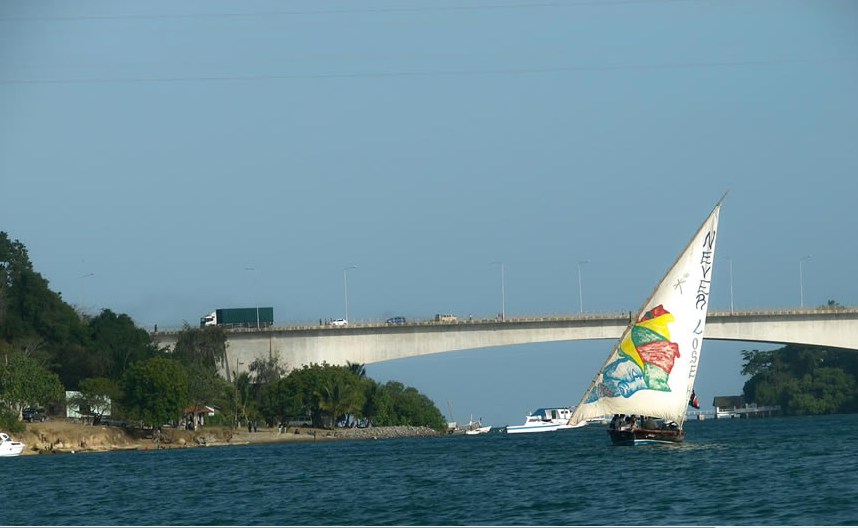 Although Kilifi rarely features on the local small business news segments, there are compelling indicators that it is a giant in the making. This is brought about by its strategic geographic location on the shores of the Indian Ocean some 60 kilometers away from the country’s main sea-port.

The resort town enjoys relatively cheaper county government rates than its neighbors do, and it enjoys seamless access to the Moi International Airport, Malindi Airport, upcoming Lamu Port and upcoming Standard Gauge Railway line. Already, at least 7 banks have set up shop in Kilifi ready to provide much-needed financing by startups in the town and its environs. Previous reports by The World Bank highlighted Kilifi as the 3rd best place to start a business after Isiolo and Thika. Restaurant business and agri-business (particularly nut farming and exporting) are among the most favorable businesses to start on a budget in Kilifi. 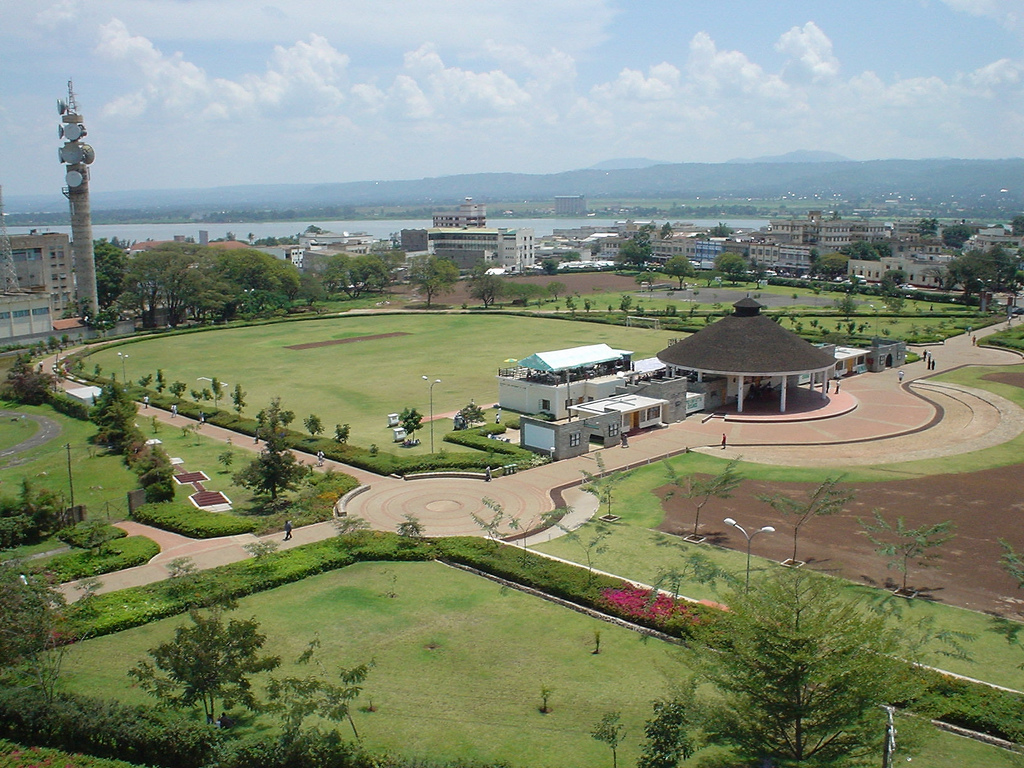 Coupled with its strategic location in East Africa, Kisumu City has witnessed an influx of investments as people rush to benefit from various opportunities. The town is also experiencing the mushrooming of satellite settlements, a sign of growing housing demand following a sharp population increase. A growing middle class and a recent upgrade of road infrastructure in the area have revived the town’s fortunes and it’s high time for small business owners to race to cash in on its strategic location. A previous report by The World Bank mentioned Kisumu as the second best place in Kenya to register a business after Mombasa but the most difficult to survive during the initial stages.

Read More: Kisumu is The Next Big Thing For SMEs: Find Out Why 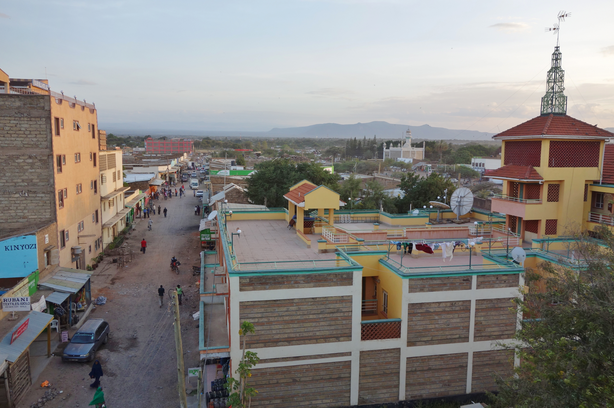 Isiolo is gradually climbing to the top position among the top 10 best towns for small businesses in Kenya. Currently, the town dominates the Central and Upper Eastern business environment with its eyes set on a future plan that will see it assume the role of Kenya’s premier resort city. Isiolo is also at the heart of the Lamu Port South Sudan Ethiopia Transport (LAPSSET) corridor. Early this year, the desert town saw the entry of its eight commercial bank as financial institutions rush to book a space in the city of the future. As a businessman, it’s not hard to see how bright the future of Isiolo is. The World Bank once ranked Isiolo as the second easiest place to start a business after Thika town. The town was however reported as the least favorable place to register property. 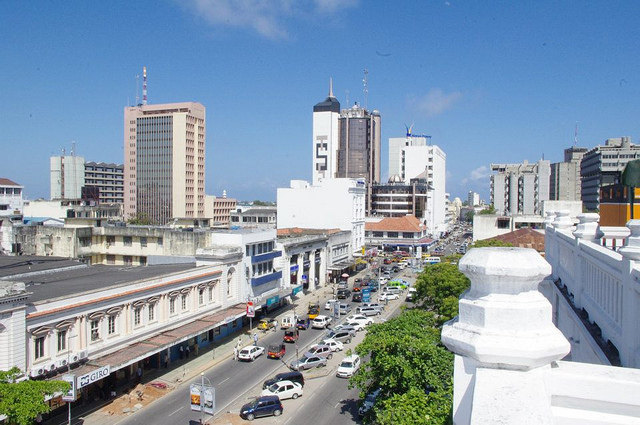 Despite the Mombasa County’s move to raise fees for single business permits, parking fees, advertisements and licenses by more than 100 percent, the coastal city still enjoys broad based business reform programs that attract start-ups to its bounds. Mombasa is one of the lucky few towns in the country to have a specialized court for commercial dispute resolution. According a report by World Bank Mombasa is the best place in Kenya to register property.

The county is a hub of sorts and all major offices including NHIF, Kenya Sea Port and Huduma Center have offices there. Mombasa is served by relatively good infrastructure and deliveries from the capital city of Nairobi are made in less than 24 hours by most courier services. The town and county at large are competitive both nationally and globally. 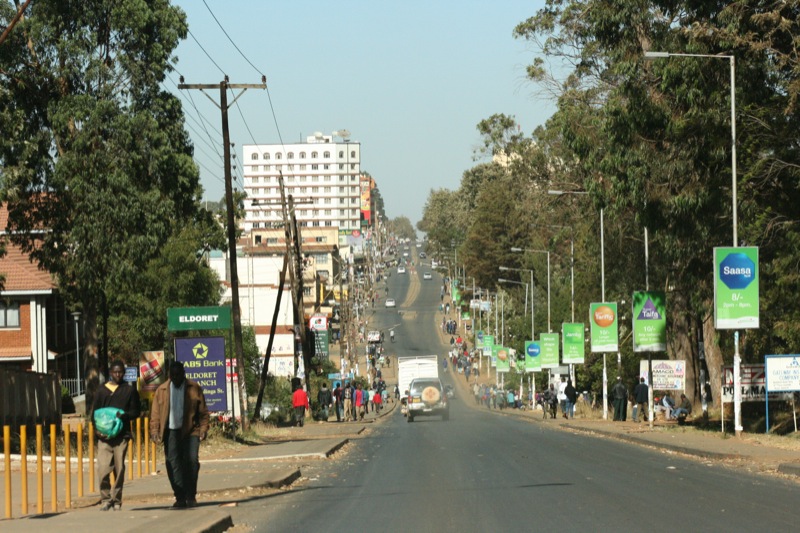 That Eldoret town is growing fast is not in doubt (in fact according to a study a 50×100 plot within Eldoret’s CBD now sells at Ksh100 million as compared to Ksh20million almost five years ago). The speed of the town’s growth coupled by the presence of the Eldoret International Airport provide the tail-wind for growth of a city that suffered badly during the 2007 post election violence. Eldoret was once ranked as the second best place to process construction permits and the 5th best for enforcing contracts according to a report by the World Bank.

Businesses that deal will supply of electronics, stationery and construction materials find the Eldoret market quite attractive. 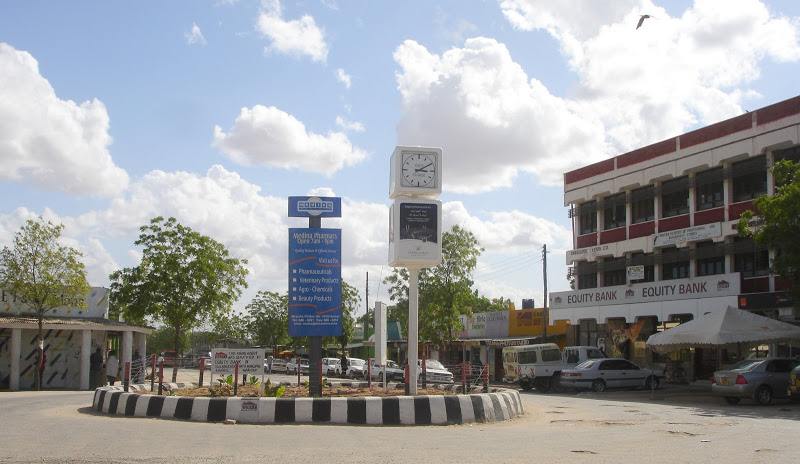 Any futuristic innovator or investor should not be deterred by the security issues in Garissa. The distant town which is located about 200 kilometers from Kenya-Somalia border offers major business opportunities. The real estate sector of Garissa County is still at infancy stages. Pharmaceutical supplies are also conspicuously missing. Yet the town enjoys relatively good infrastructure and is strategically located next to the ongoing LAPPSET project, Mombasa Port and the NEP frontier. The World Bank once recognized Garissa as the best town in the country to enforce business contracts in and number 3 when it comes to issuance of construction permits for new businesses. 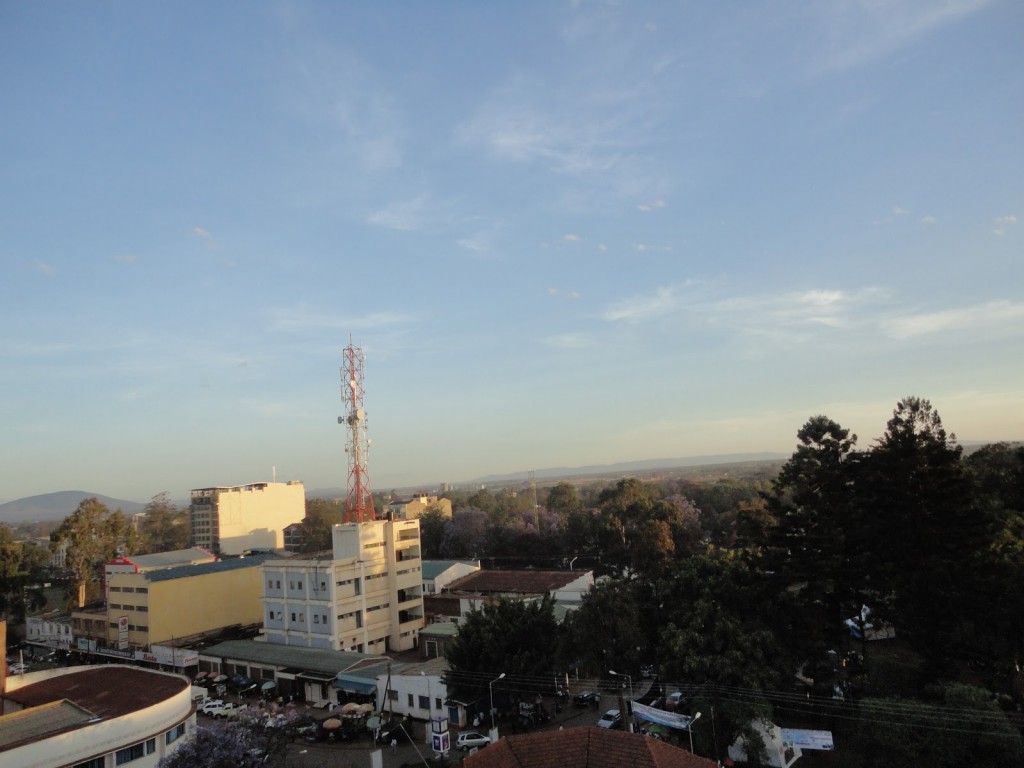 Known for its perfect blend of pineapple and coffee farms, Thika town is reputed world over for its heavy industrial production ventures. It was once named the 78th best destination to do business in the world because it has comparatively less cumbersome procedures especially on property registration. Cheaper rent prices, good road infrastructure and proximity to the Capital alongside future plans to transform it into an Aerotropolis town make it among the most wonderful places for a start-up to set up shop.

Some small businesses that seem to be performing well in and around Thika town include transport business, middle-income real estate, supply of construction material, ICT-based and grocery supplies. 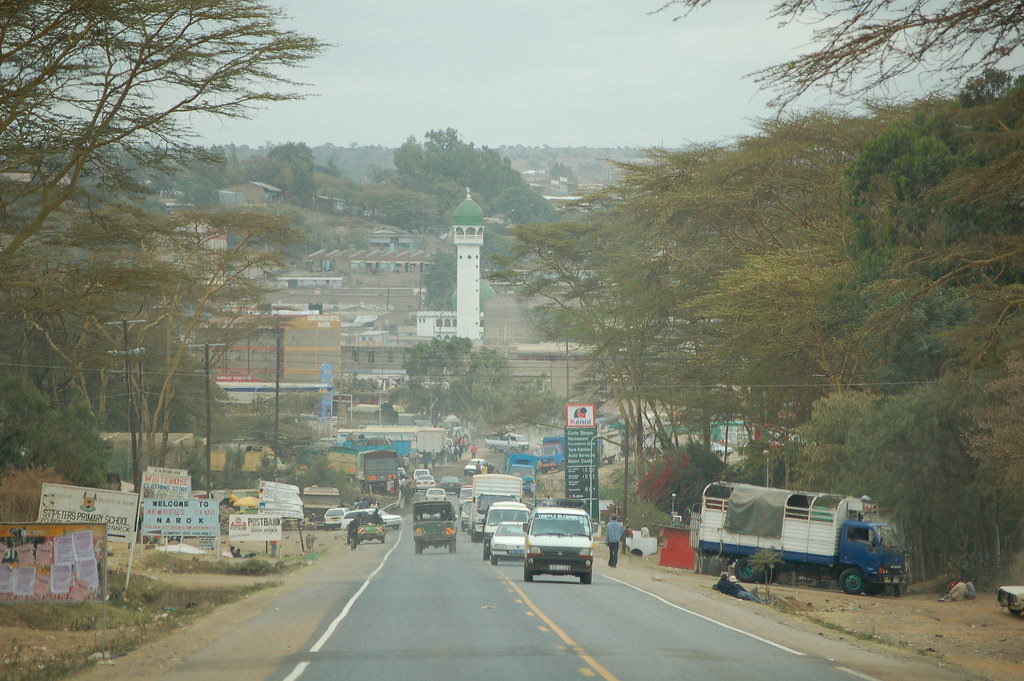 Narok, a tourist town neighboring the famous Masai Mara Game Reserve, is renowned for its significantly cut bureaucratic red tape in the business environment. The World Bank once ranked Narok the 15th best investment destination in the world just behind towns in Hong Kong, China. Ease of obtaining business license, a resurrecting tourism sector and proximity to the Capital City makes Narok one of the most attractive towns for a small business or start-up to launch.

Some ideal small business ideas for residents of Narok and its environs revolve around supply of imported clothes, supply of cooking gas, supply of spare parts for motorcycles, restaurants and curio shops. 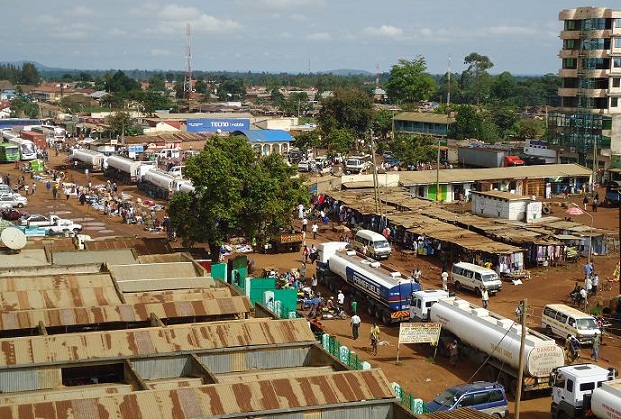 Malaba is a small town in Busia County in the Western part of Kenya. The border town handles 70% of cargo in transit to and from the port of Mombasa to neighbouring landlocked countries of Rwanda, Burundi, Rwanda, South Sudan and DR Congo. With completion of the standard gauge railway line, the town will host a train passenger terminal which will further boost fortunes for investors in its environs. Further records show that Malaba collects at least Ksh60 million in revenue every month.

Malaba has often been recognized as the best place in the country to get construction permits and the third best for enforcing contracts. Over the last 5 years Malaba has been competing closely with Narok for the number one position on the ease of doing business list.

Some ideal business ventures for Malabans to embark on include: Wholesale supply of consumables, import of leather products from Kampala to Kenya and fast food restaurants to cater to travelers who may stop over as they await customs clearance.

Order of listing is based on a past ranking by The World Bank Ranking. This order may change from time to time. Featured photo is courtesy of: Match Deck.