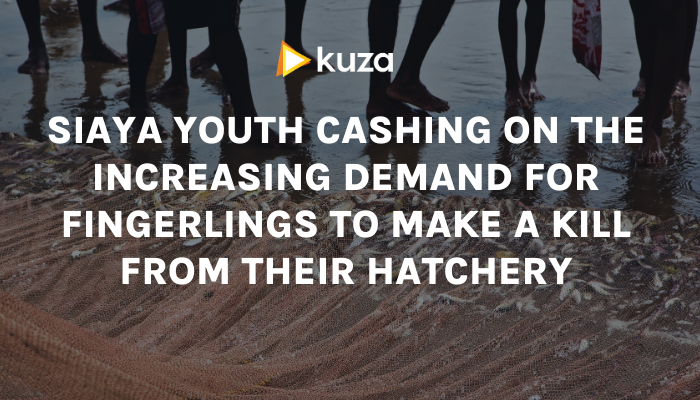 Just like any other business, agribusiness also requires a proper calculation of opportunities and profits associated with any commercial farming venture.

In demands a good understanding of market demand, a plan and a budget, record keeping, cash flow and credit management and measuring the performance of the business from time to time among others.

This is what many young people entering into market-oriented farming do not seem to understand. Most of them, upon interacting with a captivating story in the media, jump into farming with high expectation not knowing the high risks associated with agribusiness and how to manage them. 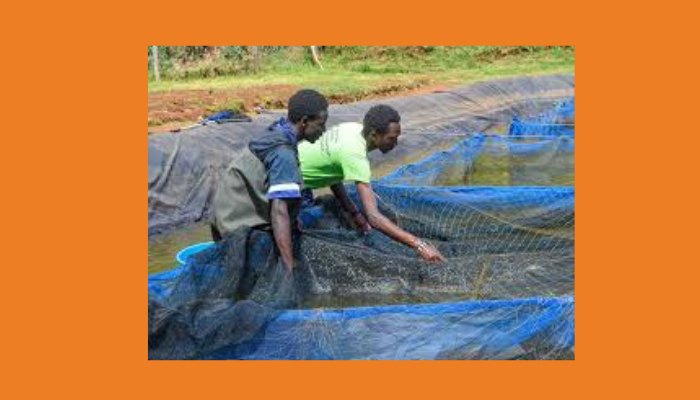 However, for these two brothers, Collins Adika ,35, and Charles Otieno ,34, who are fish farmers in Siaya County, their first move in the venture was to understand what would give them an advantage over their peers.

The duo who are currently running a 70,000-capacity fish hatchery at Rabango area in the county are cashing in the increasing number of high yielding cage fishing technology in Lake Victoria to provide ready fingerlings to farmers and grow their income.

“The advantage we have is the increasing uptake of cage fishing in Lake Victoria and fish ponds that different CBOs have dug in the area pushing the demand for fingerlings,” said Otieno.

A survey by the Kenya Marine and Fisheries Institute (Kemfri) in the five riparian counties of Migori, Siaya, Kisumu, Busia and Homa Bay showed that the number of fishing cages in the country’s largest freshwater lake had jumped to about 3,696 by last year from 1,663 in 2016 — a 122 percent increase, with more such facilities being added by investors this year.

The young brothers had acquired some four ponds measuring 80 by 40 metres from an agro-entrepreneur in the area who had abandoned them to look for greener pastures in the US.

They, therefore, negotiated with him after approaching the owner of the three acres of land where the ponds were constructed.

“When we came from Kampala, Uganda in May this year where our partnership in fish farming with some Ugandans had ended, we found the ponds in a bad situation due to poor management by the farmhands who were left there,” said Otieno.

The duo had to spend two months, June and July to renovate the ponds and divided the huge ponds using cage nets to realize up to eight ponds measuring 40 by 40 metres.

They then reorganized the stock of which majority was comprised of male tilapia fish which were separated from about 200 female tilapias they found and additional 1,000 other females they bought from a farmer at Salgaa at Sh200 each.

This is how in August this year the two begun their Pacho Fish Farm hatchery through which they are also producing fish feeds that they sell to farmers.

Using the Y-Y technology of which they are able to manipulate the sexes of the fish to produce many males fish than females, the duo is sure of attaining over 90 per cent male fingerlings from their fast-growing hatchery.

“With this technology, we are able to provide ready tilapia fingerlings which are about 1.5cm long to farmers in 28 days at Sh7 each,” Said Otieno.

Their main target is those farmers rearing the fish to attain the table size for the consumption of which is 6-8 days of proper feeding attain 500-600 grams for tilapia that goes for between Sh300 and Sh350 each.

Other target customers are the county government and community-based organizations which buy the fingerlings for farmers in the area who have the ponds but do not have enough money to buy the seeds.