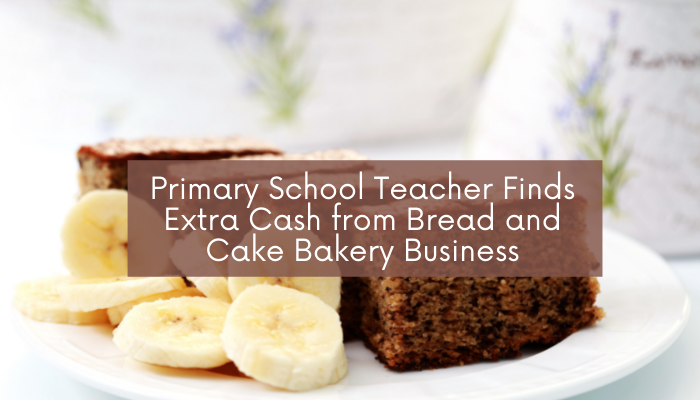 Kisii County is very well known for banana production as one can easily find bananas in almost every compound and now Scholar Kerubo, a P1 teacher and entrepreneur in the region is taking advantage of the produce’s abundance to make bread and cakes.

Kerubo who has also been a part-time farmer since the year 2000 growing bananas and other crops discovered a niche in a bakery after noticing that she could make more cash from processing the product and create a ready market for banana farmers in the area.

“Starting a business is a leap of faith and I had longed to invest in the business to avoid overreliance on one source of income,” said Kerubo who is a Teachers Service Commission (TSC) employee, a job which earns her Sh60,000 a month.

Her first trial was in 2017 when she used part of her savings to start a small bakery at her home kitchen after receiving a grinding machine from World Vision, a Christian humanitarian organisation.

The machine helps in grinding the bananas into fine flour before mixing the flour with some wheat flour. 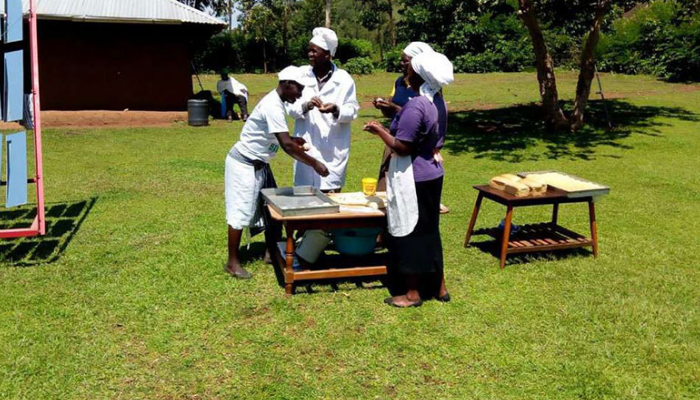 She started by her own bananas, about three bunches, bought five-kilo packets of wheat flour at Sh600, three kilos of sugar at Sh100 each, yeast at Sh240, and some packaging material at Sh320.

“In my first home operation, I realised 24 kilos of flour which I used to bake about 50 bread and 100 cakes which sold out well. This encouraged me into increasing from time to time,” said Kerubo.

To get into real commercial production, she decided to construct a well-furnished bakery within her compound moving away from her home kitchen. 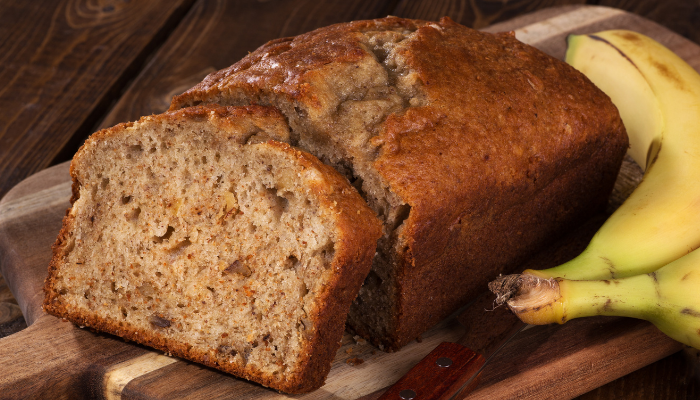 She also purchased a baking oven called Solar Five from GoSol Company, a solar energy company. The oven has lowered her production costs as she uses solar energy rather than electricity which is quite expensive.

She has also moved to buying bananas from other growers in the area at between Sh200 and Sh500 a bunch depending on the size.

She explains that after buying the bananas, they are peeled and the flesh is dried in the sun for two to three days depending on the weather conditions before being grounded by the grinder into fine flour.

The flour is then mixed with wheat flour at a ratio and the resultant mixture is used to bake bread and some cakes.

Her markets include local markets such as Kisii Town shops where she distributes the products while others are sold in primary and secondary schools in the area when they are open.

The venture has enabled her to employ three youth who helps with running the bakery and other casuals depending on the day’s workload.

During schools, she ensures all the work is well organised before leaving for school. This has enabled her to balances her official duties and the part-time venture very well.

“During school days, I wake up early and by 6:30 am I report to the bakery where I supervise and give instructions about the day’s work until 7:30 am when I leave for school and after school from 5:00 pm I get back to do final checkups to ensure everything is done,” said the 48 years old teacher.

She, in future, intends to resign from her teaching job so that she can get time to focus on her bakery business with a view of expanding it.