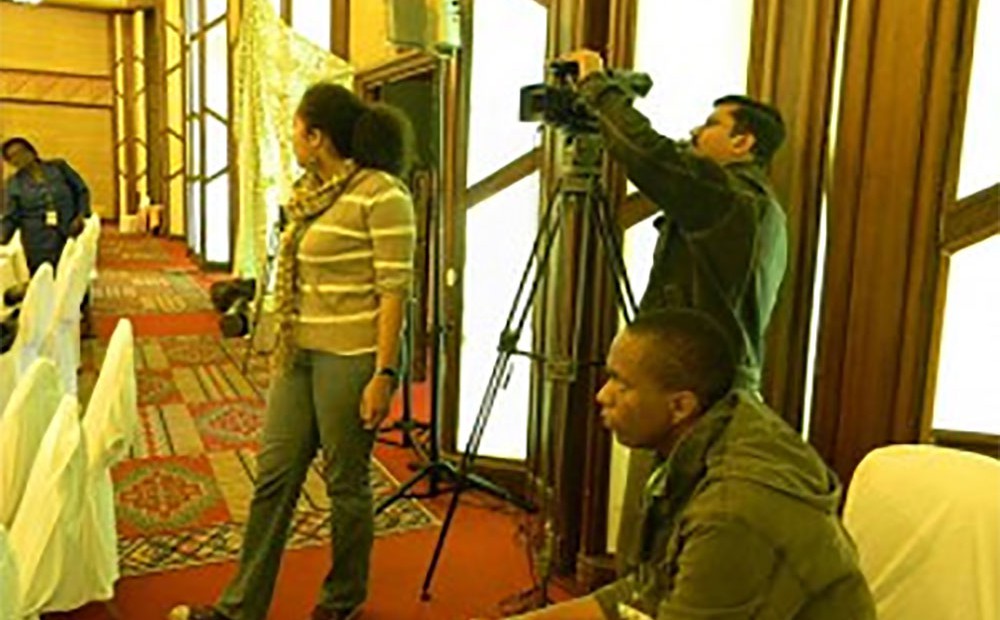 ShareTweet
It was time to wake up and start a busy week. I got up, grabbed a quick shower, and headed to the bus stop to catch my transport to town.
I use the Thika road to come to town, which passes through Ngara estate. Being Monday morning, traffic was terrible as usual and the recent rains pounding the city only confounded the confusion on the roads. I had been stuck in the same spot for over forty-five minutes in the traffic. I soon opted myself off the bus to make my way into town, smiling to myself how it must be agonizing for them to watch me being able to move faster than they could.

Soon a call from Nicole instructed me to go to Safari Park Hotel on the outskirts of the city. I’ve been there before. But when I reached it, I could see it was lovelier than before.

We were there to cover the 50th Annual Assembly of the Inter-African Coffee Organisation. To interview people from the coffee industry, and this conference was fertile with them–from brewing professionals, marketers, growers and government officials. We setup the interview while Shiro and Nicole started looking for and bringing the interviewees.

Winnie was in the meantime taking pictures of the delegates inside the conference room and of the coffee stand displays. I didn’t know there were so many varieties of coffee! It was also realization time that the coffee industry had an annual meet & growing coffee was not as easy as sipping it! I learnt so much about the industry between sips of a variety of coffees & also got to interact with people from different countries. 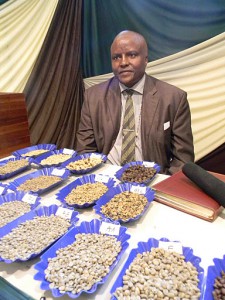 So many varieties of coffee!

We were more confident on day two and you could see it in everyone in the way we secured interview bookings. It was fantastic because I got to shoot two whole interviews on my own, with occasional tips from my supervising boss Anil.

The day even got better when boss arranged buffet lunch for all of us, with an all you can eat menu. The food as usual definitely lived up to its name, as being of very high quality and keep you wanting more and more. Every plate on my table was filed with lots of nyama choma to the fillet and the grilled chicken. We quickly gobbled up lunch & indulged in finger licking delicacies. Shiro and Nicole were so full, they begged to be carried back to the main building where the interview set up was, a request we denied them, just to watch with much pleasure, how they dragged their feet to the interviews.

As we waited for the next tea break, Anil & I went around the hotel clicking pictures. Breathtaking is the word that describes it all.

It was yet another great day at work with my newfound colleagues, and a promise of many more fantastic days awaiting us.

I’m more confident now. Next time there’s an interview, I’ll tell my boss, I’ll do it myself.