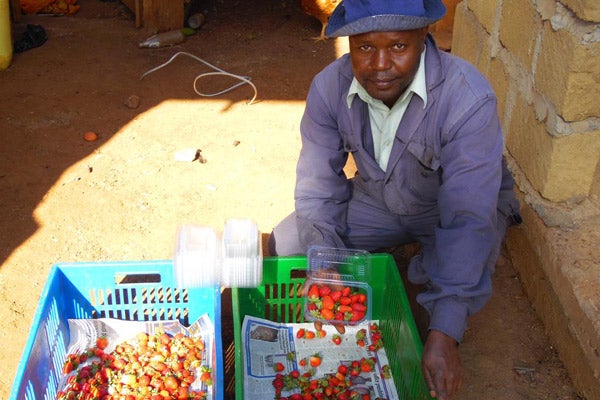 Access to agricultural financing has always been a problem for most smallholder farmers in sub-Saharan Africa due to the high risks associated with the sector especially in the wake of global climate change.

In fact, financial institutions such as banks do not disburse loans to the growers without surety and most of the time the interests charged are always high limiting many of them.

Because of this, many of these small-scale farmers turn to their friends, family members, relatives, and farmer groups for capital.

This is the situation in which Musa Muriithi and his brother Edward Mucheni found themselves three years ago when they wanted to raise some money to start an agribusiness venture.

According to Muriithi, it all started when he wanted a loan of Sh0.5m from a financial institution and all he had as a surety was a 3.5-acre piece of family land in Meru County.

As the institution delayed taking him through rigorous processes, he decided to look for a private land evaluator who told him that the land had a much higher value than the money he was looking for.

He, therefore, decided to consult with his brother Mucheni and the duo agreed to spend some of their savings to buy 200 banana tissue plants. 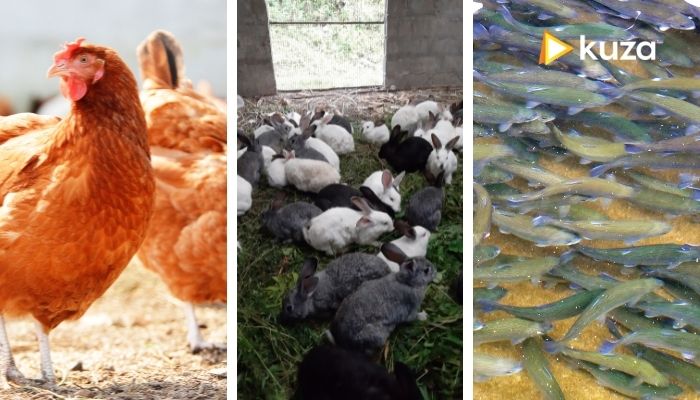 They panted and after the plants did so well, they decided to incorporate poultry, rabbit farming and fish production.

‘’The reason to begin this way was the idea we had to use the rich-in-minerals fish pond water and manure from the livestock to grow arrowroots, passion fruits farm, mangoes and the bananas,” said Muriithi.

They would soon spend the money drawn from poultry, fish and bananas to construct four greenhouses; two that major purely on strawberries, one has garden peas while the last one has assorted crops that range from cucumbers, beetroots and courgettes.

They have so far inter-cropped cassava and mangoes in one part of the farm while the other has tree tomatoes.

‘’The benefit of the tree tomatoes is that once they matured, we can harvest throughout the year and they require little attention,” said Machine. 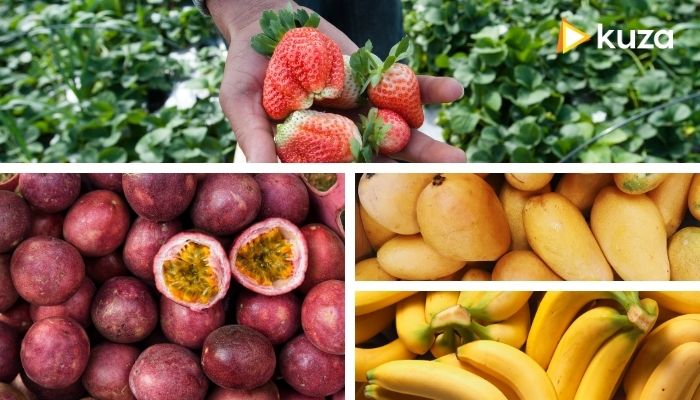 According to him, the fruits’ market is also good and the farm cannot even satisfy the demand from Jatomy and Maguna Andu supermarkets in Chuka town they supply to.

These many integrated farm productions cushion us from price fluctuations in that in case of the glut of one commodity the other could be in great demand, he said.

The two have also gone into dairy goat farming to tap into the animals’ rich nutritional milk spiking its demand among consumers to supplement their income.

Beekeeping at the edge of the farm to increase their crops’ pollination besides harvesting honey for income is something the duo have not forgotten.

They have also learnt to turn farm weeds and wastes into valuable products for sale or using within the farm.

For instance, banana trunks are mixed with wastes from the poultry, rabbits and goats’ farm and are all preserved in a pit to make compost manure.

‘’This style of farming is rewarding and before embarking on it, one should do proper research to know what is working and does not besides knowing your markets well,’’ said Muriithi.

The farm they have since named Kagumo-Hort farm is indeed a host of activities, making it a frequented place by customers and learners.