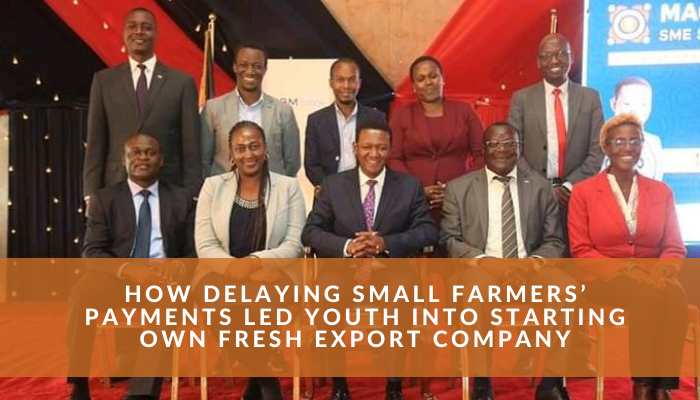 Delaying small farmers payments by companies dealing mostly in fresh produce for more than a month leading to the farmers’ worries has been a problem by most growers in the country.

This is the gap in the market that led Eunice Mutua, 35, into starting her own company, Select Fresh Produce Kenya Limited, a company that deals in the export of fresh produce such as pineapples, chickpeas, green grams, groundnuts, and sesame (simsim) among others.

According to the 2015 GlobalFood report on the Transformation of Global Agri-Food Systems, linking small farmers to global markets through contract farming and other means has become an important policy recommendation aiming to increase farmers’ income and foster rural development.

However, the report further indicates that some of the arrangements involving the small farmers have been reported to lose participants or collapse over time due to a lack of trust in payments among other reasons.

This is one of the main reasons behind Eunice’s decision to finally start her own company in 2014 after working for different companies which gave her the opportunity to interact with farmers of all levels and agro-dealers.

“I had a chance to study what works and what doesn’t when dealing with clients besides knowing how various agro-companies were dealing with farmers. Most of such companies could pay farmers their dues very late, at least a month after produce delivery something which was laming farmers’ production and this was a gap that needed to be filled,” said Eunice.

Nevertheless, her journey was not that easy. Two years after graduating from Banking from Kampala International University in 2004 with a degree in Bachelor of Science, Finance and Banking, she secured her first job with Wells Fargo Limited at Cashing Transit Department between 2006 and 2008.

She then joined PricewaterhouseCoopers (PwC) Kenya as a Strategic Manager in 2009 where she was exposed and discovered most of her business ideas, thanks to the team she worked with and her immediate boss then.

“Other than exposure, I got the chance to interact with many people and made business connections. I learnt some international market regulations and how to source for clients by positioning myself in a way that makes it easy for prospective international traders can spot me,” said Eunice.

After around two years at PwC, she resigned and while she was thinking about the next move she teamed with her sister, Caroline Mutua to start trading in secondhand clothes (mitumba) in Kileleshwa. 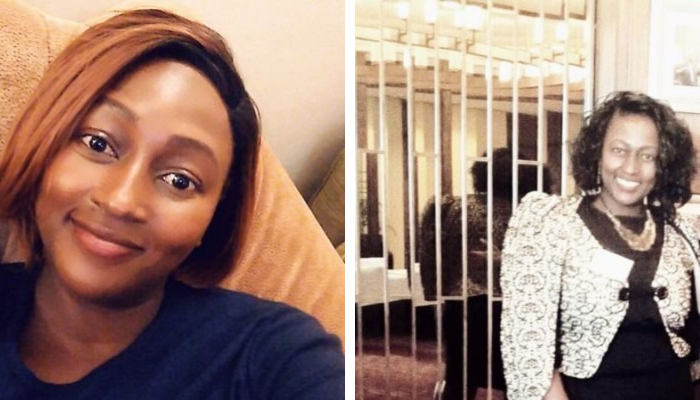 “We decided to visit Gikomba Market in Nairobi with Sh2,000 which we used to buy some clothes and took to Kileleshwa estate to sell. That one day we made a gross income of Sh8,000 and we got encouraged to continue in the business saving along,” said Eunice.

After six months, Eunice who is also an MBA Strategic Management graduate from Daystar University joined her father, Mr. Boniface Mutua Musyoki who is an agropreneur and runs a twelve-acre mango farm at Syokimau in Machakos County where they began My choice Company which used to export mangoes.

“I persuaded my father and we started a company to capitalise on the huge and far profiting export market as compared to local markets. We started exporting mangoes to Dubai and we could trade in over 27 tonnes of mangoes a month,” said Eunice.

Exporting mangoes was not that easy as she recalls a case where their partner in the business got away with of money that a client paid upon delivery of the goods only for the partner to claim there was no such payments.

“Sometimes I wonder why some people can be so selfish even on matters like fresh produce export market which is so big that no single person can ever exhaust. However, I have since learnt to help others who want to venture into the business on exports requirements besides connecting them to such

After one and a half years, Eunice left My Choice Company for her father and brother who changed the name of the company to My Choice Flower Limited majoring in the export of summer flowers, single head roses and spray roses flowers.

She moved on to start Select Fresh Produce of which she is the CEO. The company is currently exporting cereals and fresh produce sourced from different parts of the country especially Machakos , Uganda and Ethiopia.

This has also given her a lot more exposure. In 2016 she got a chance to be part of a Kenyan delegation that went to Ireland for a benchmarking on matters agribusiness and agriculture production in general.

“I was overwhelmingly impressed to be part of the government sponsored team to Ireland. I discovered the country (Ireland) has a lot we can borrow beginning from their agriculture vision to the strategic plan, Foodwise 2020, which we found to be so simple that every citizen in that country including the small-scale farmers can easily master making it easy for implementation.”

Select Fresh Produce Kenya Limited is now exporting its fresh produce to Europe, Netherlands, Ireland, and Middle East countries. The company is also currently looking for avocado farmers to grow the crop on a contract basis as it aims to expand its export reach.

The company invests in training the farmers on how to grow crops to meet international standards and they have trained many farmers who supply then every season.

“Other than the over 8,000 farmers whom I have trained on how to grow the crops for export, I also have connections in Uganda and Ethiopia where I get the produce collected then I export from there. This cuts my transport costs as I do not have to import the goods to Kenya then export again.”

Eunice has so far employed five employees on permanent basis and the other five casually in her company. She also trains on export global gap certification, branding and finding clients.

“I love sharing my experience, market reach and knowledge among other things with people as I believe that by so doing I grow, others grow too and we build a strong economy for our country together,” said Eunice.