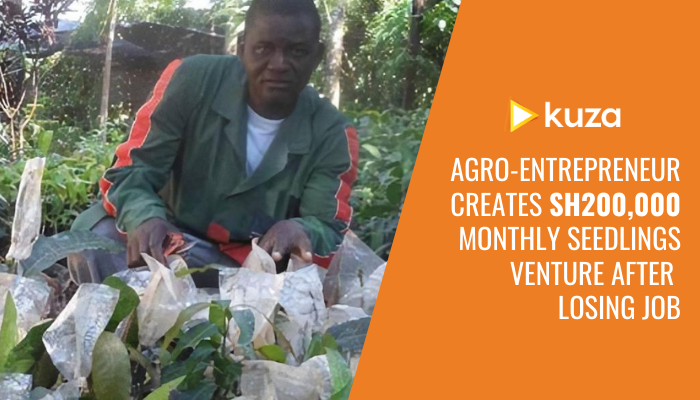 Many at times losing a job is associated with shattered future and people always sympathise with individuals whose contracts are stopped expectedly or unexpectedly due to one reason or another.In Kenya, even before the hit of COVID-19 on our economy leading closure of various business sectors, there were massive layoffs of employees by various companies in a bid to manage their bottom lines or to reduce expenditure.

This was as a result of a reduced income or other factors such as the introduction of technology which rendered some positions redundant.

However, for Bosco Aredha, a fruit and tree nursery seedlings raiser in Homa Bay County, job loss is never his concern. He has created his own which earns him over Sh200,000 a month. Bosco lost his contract in 2006 at a non-governmental organisation when his contract came to an end and there was no longer a space to accommodate him. Luckily, the organisation which was concerned with the integration of tree crops into the community had impacted some skills of grafting seedlings in him. He, therefore, decided to use the skills he had acquired which include fruit tree management, fruit tree propagation and disease and pest identification to create employment for himself.

On noticing that farmers from his area were travelling a long distance looking for fruit tree planting materials with best strains, he decided to set up a grafting farm to be able to feel the gap with a view creating an income.  He started with some mango and orange seedlings, bought some grafting equipment, fenced his two-acre farm after putting up a shade for the seedlings “All this work took me about Sh65,000 worth of investment. This was part of my savings while I was working with the NGO,” said Bosco.

It was not all rosy at the beginning because with grafting, he lacked scions and he was forced to source the important material from other established farmers in the area. However, persistence and dedication to his work that he has since loved as his main source of income have seen him through.“I always get orders for these seedlings. I remember after about nine years of establishing this venture, an organisation mitigating the effects of hunger and malnutrition in Homa Bay bought 1,600 grafted fruit trees from my farm at Sh200 each earning me Sh320,000 which really encouraged me,” said Bosco. 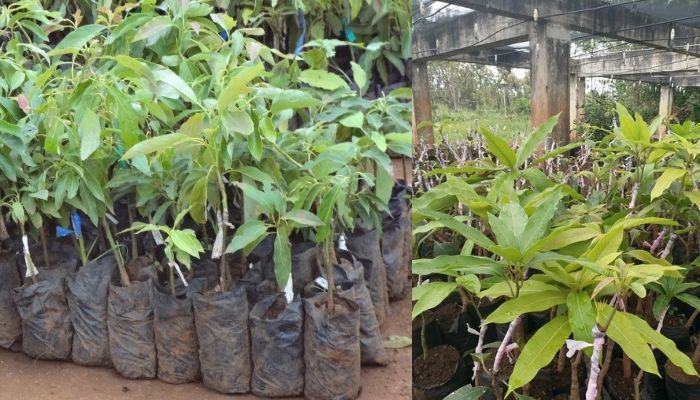 He decided to use part of the money to expand his nursery, pay for his children’s school fees, home expenses and savings. Today, especially in peak season during rainy season as at now, the farmer says he makes Sh200,000 a month supplying purely grafted seedlings of various fruits to farmers in the lakeside county and beyond.

“During this rainy season, there is a rush by many people to at least plant some fruits. This makes my farm a bit busy hence there is a need for casual labourers whom I hire from time to time depending on the amount of work available,” said the 44-year-old farmer. Though he grafts all manner of fruit seedlings, his highly sought-after seedlings are those of mangoes of which the varieties available include ngowe, parvin, apple mango, chino and sebin vandyke.