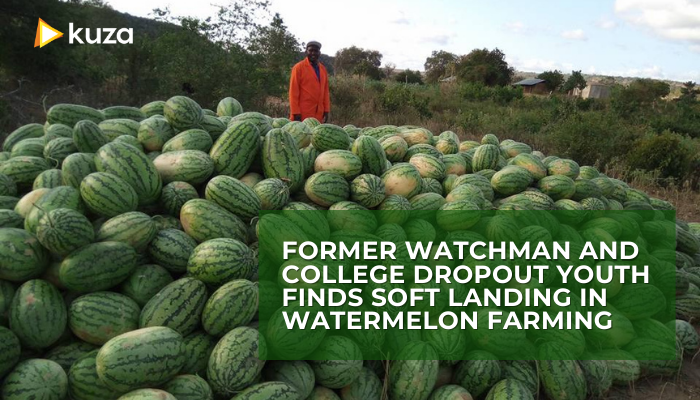 Raised by a single parent, Zachariah Onchuri is one of those few youths who have gone through various challenges in their hustles through the persistence for success has borne them fruits. Zack, as famously known by his friends, was forced out of college in 2009 when he could not pay his school fees given his mother who is his only parent, he could depend on was unable to pay his fees.

His hustle as a ‘mutura’ seller in Eldoret Town near Elgon View College where he was taking his journalism course could also not continue as the town ‘askaris’ were always on his case due to lack of business permit. When it became unbearable, he dropped out of college, left his home in Sotik, Bomet County for Kilifi Town after a friend of his called him over to join him in a security job. 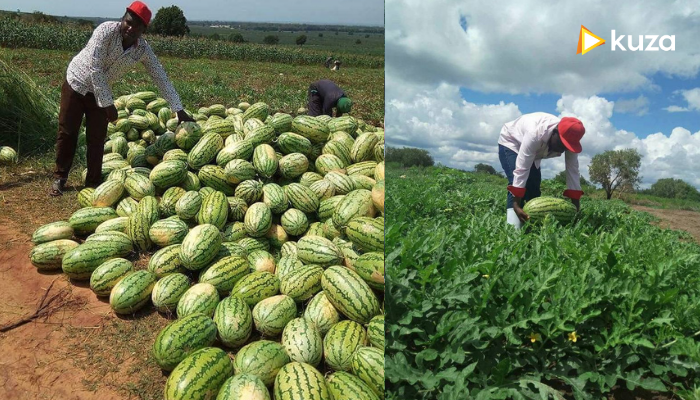 “I had no choice, I found myself being a night watchman in the coastal town, a job which could earn me Sh3,500 a month,” said Zack.

During the day, he could also get involved in hawking fruits such as watermelon, oranges and pineapples at least to increase his earning, foot his bills and support his mother back at home. Fortunately for him, the fruit hawking business picked and he saw no need of continuing as a night security guard. So, he left the watchman job in May 2009 to focus on his new business. “I used to make Sh500 a day from watermelon sales alone as it was loved by most consumers and it would always run out of stock leaving me with nothing to sell even when the demand was still high,” said Zack.

Soon an idea would strike his mind-farming watermelon. However, his first challenge was the lack of a farm though he could afford farm inputs from his little savings. Luckily, a young man from the Chakama location in Kilifi County whom they had become friends offered him a quarter piece of land to grow watermelon. Without any skills in commercial farming and had not thought of consulting, Zack would later in September 2010 leave his business in town to invest about Sh11,000 in watermelon farming.

Unfortunately, he lost almost the entire crop to Bacterial Fruit Blotch and Powdery Mildew, very common watermelon diseases. “At a time I was expecting my first fruits in December that year, I realized the products were still very small and unhealthy while others were withering away. There was no hope on them so I destroyed everything,” he said. Not losing hope, he hustled for a loan of Sh50,000 to begin afresh since his Chakama friend had accepted to let him another half an acre piece of the plot. 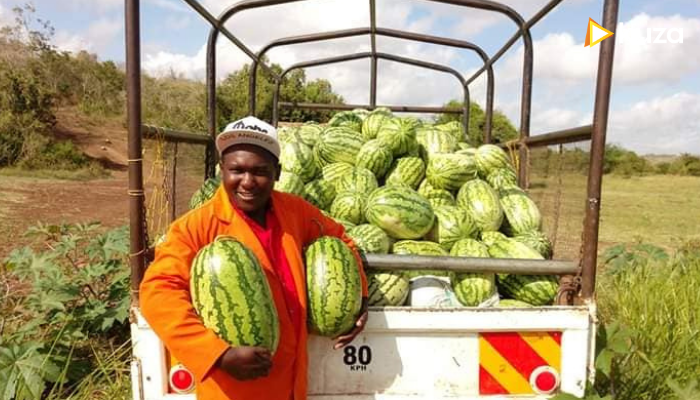 Before starting his round two of watermelon farming, he had to consult the county agriculture extension officer and some experienced farmers in the area. In mid-January, he planted the fruits again using the friend’s generator water pump to draw water from Athi River which the farm was closer to water his tender crops through the dry season.

By mid-March 2011, he harvested about six tonnes of watermelon which he would take to markets in Malindi and Kilifi to sell by himself at Sh40 per kilo without passing through middlemen hence making full profit. “At the end of that season I made Sh200,000 gross income remaining with Sh140,000 after expenses and this has since motivated me,” said Zack.

Today the young farmer has over 47 acres of land (his own and others leased) under rotation watermelon farming at Chakama and Garsen in Malindi. He produces 10-17 tonnes of the crop per acre selling on order to wholesalers from Mombasa, Malindi Kilifi and Nairobi at Sh60 per kilo. This earns him between Sh900,000 and Sh1.2m clean net income after farm expenses. He uses this money to settle siblings school fees, some on his mother’s needs while saving the rest.

He has since become a watermelon farming consultant offering the service for free to farmers in various parts of the country and in neighbouring countries such as Tanzania and Uganda. “I believe that sharing information among farmers can not only help in increasing yields and income but also enable starters to choose the right agribusiness to venture in for better returns. This is why I do it for free,” said Zack. He has also ventured into other vegetables such as okra, cabbages, capsicum, and zucchini which helps him in rotation farming he has adopted to keep diseases away and improve the structure of his farms’ soils.