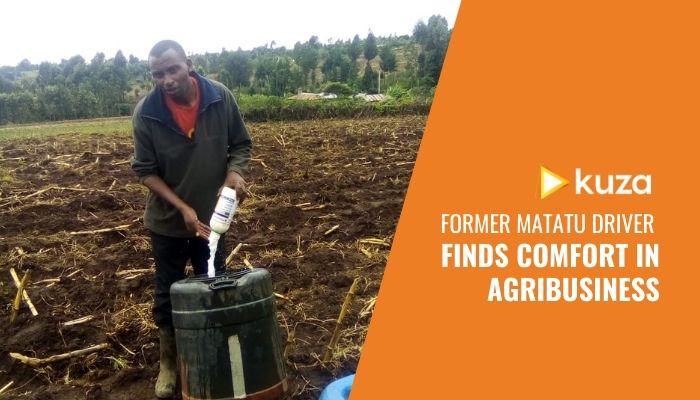 Not only in Kenya, across East Africa public transport popularly known as matatu sector remains synonymous with chaos and disarray with unpredictable operation system, poor handling of passengers, bad conditions and unreliability.

Especially in major towns and cities such as Nairobi, chaos, impunity and disorder in the sector reign supreme making the lives of commuters and operators daily encounters with the bad and ugly of the public transport.

This is the environment that Alex Macharia found himself in as a matatu driver in Nairobi from 2010 to 2012 earning Sh500 a day.

Tired with the chaotic culture, he would leave the city to Nakuru Town to work as an employee in a retail shop for another two years. This too would not offer him the comfort he yearned for.

With his little savings from the two jobs, he would soon leave to his rural home at Elburgon in Nakuru County where he leased an acre of land for maize production. 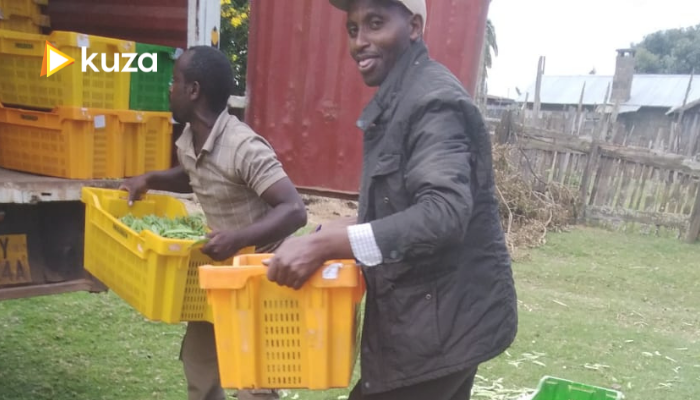 ‘’I was lucky to get ready buyers with Njoro Millers but because I could not produce enough, I formed a group with five other farmers who would bring to me 10 90kg bags each then combine with my 15 90kg bags before supplying to the miller,’’ said Alex.

The group grew up slowly and they started venturing into other crops such as French beans and snow peas as they kept their traditional maize production.

After being trained on safe and effective use of pesticides, in 2017 Alex was chosen by Frigoken Ltd (FKL), a Nairobi-based export-oriented vegetable processing company and which they supplied the produce as a technical assistance (TA) to help farmers with agronomy practices. 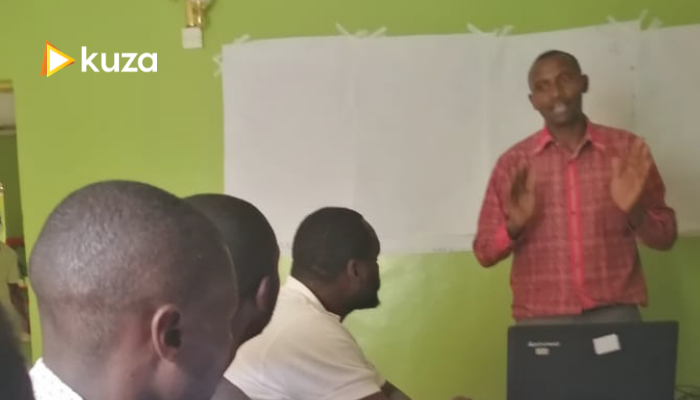 His first big challenges as trainer was how to convince farmers to work with him and transporting them to a place of training but persistence has seen him overcome.

“Farmers always have their reasons to doubt new organisations, Alex says, ‘’But all depends on how you treat both old and new comers to slowly build their trust.’’

He has since increased the number of farmers he is working with from just the five he started with to 3,000 currently.

As a great boost in his business, last year when he first interacted with FarmtoMarket Alliance program by Kuza Biashara and Cereal Growers Association (CGA) where he was further taught on managing farmers and customers, understanding markets, managing income and expenses, making farm budgets and records and savings through SACCOs among others.

The program has turned him into a community agribusiness advisor (AA) by giving farmers proper trainings on the areas that are key in their production such as accessing affordable farm inputs, proper use of the farm inputs, harvesting and marketing of their produce. 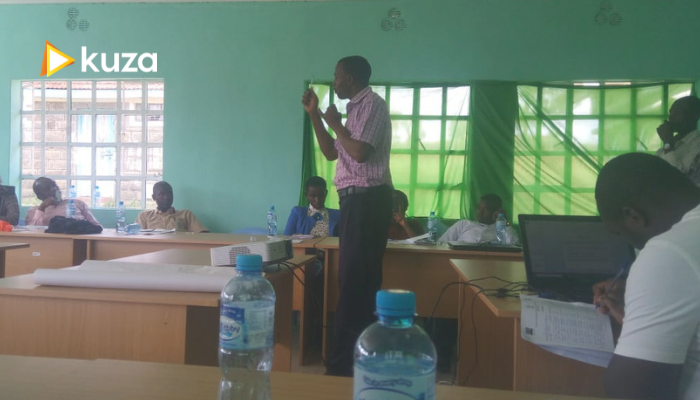 ‘’The program has linked us to may agribusiness stakeholders including financiers and buyers through capacity building. Personally, I now own a motorized sprayer courtesy of the connections brought about by the program,’’ said Alex.

Today, Alex and his team are harvesting 2,000 kilos of French beans twice a week and the same for snow peas.

He says that at the beginning of the first harvest they can only realise 700 kilos of French beans but as it approaches the peak, they can harvest up to seven tonnes twice a week.

Besides maize, French beans and snow peas, they also grow potatoes. The group sells French beans at Sh50 per kilo, snow peas at Sh65 a kilo while potatoes go at Sh30 per kilo.

Alex’s immediate future plan is to own an agrovet through which he can stock farm inputs such as fertiliser, herbicide and pesticides and supply them to farmers at a subsidised cost.