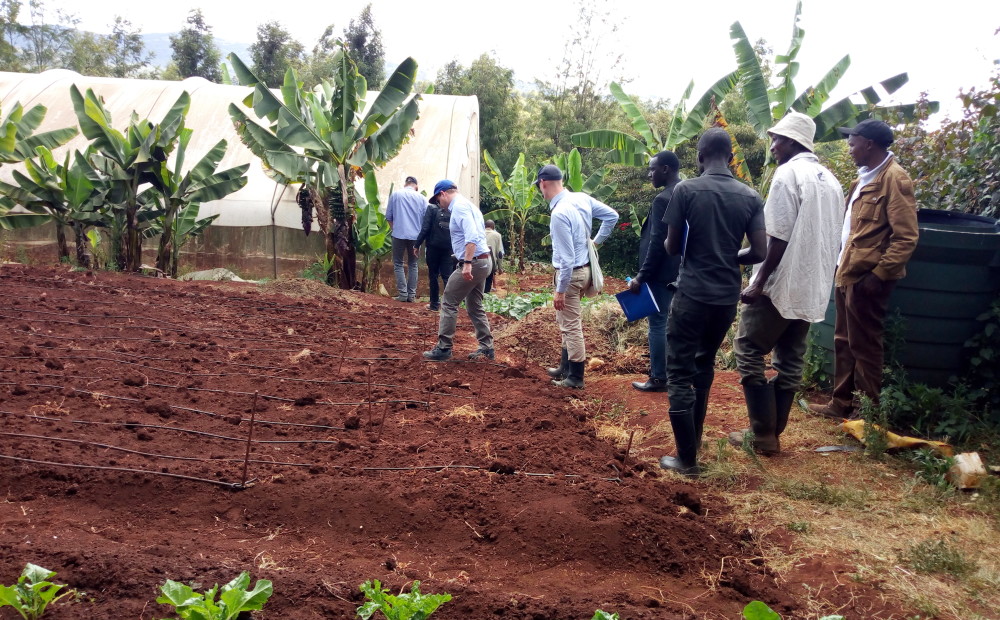 Let’s talk food. Have you ever stopped to think about where it comes from? Have you ever sat and contemplated about the farmers and all the struggles they go through? We all need food to survive so it is imperative that people understand some of the challenges the farmers go through so they can leverage on their skills and technology to come up with solutions.

Last week together with different stakeholders in the agricultural sector including German Cooperation, Make -IT, Africa Agency for Business and Economic Development, Strathmore University, IBM among others, the Kuza Biashara team had the privilege to meet a few farmers in Ngong to learn about the issues affecting them. One thing that stood out was the passion these farmers carried for their work, despite how it seems like a game of gambling when it comes to their farms considering the risks they have to endure.  For example, they don’t have access to relevant information like weather patterns and market information, which are two of the most important aspects of farming.

Let’s take the case of Pauline Ndumi who grows vegetables in Ngong area. Having grown up with a very strict father, Pauline was introduced to the world of farming by her father who owned a coffee plantation and it was mandatory for Pauline and her siblings to tend to the farm every day.

“I went into farming because I had been doing it all my life, I did not need any training as an adult as my father took care of that, I started going to the farm at an early age of 3 years and so growing up I knew I wanted to do something I was familiar with and also good at.”

Pauline’s parents may have taught her a lot in regards to farming but none of that prepared her for the challenges that farmers face. This she has had to tackle on her own as every season came with its own challenges. These include unpredictable weather patterns that make it difficult to know when to plant. Low market for her produce and the struggle of getting labor force as most of the youth in the area have taken to alcoholism and therefore cannot be trusted.

In an effort to create a bright future for her children, six years ago Pauline decided to buy a greenhouse for one of her sons so he could be able to sustain himself but that did not work out so well for her.

‘I bought the tent for my son Maverick who is mentally challenged to give him a better chance at surviving in this world. It has been such a disappointment. I bought it at a price of ksh. 400,000 nevertheless it is yet to recover the capital I invested. All it has been doing is take take and I see very little progress.” 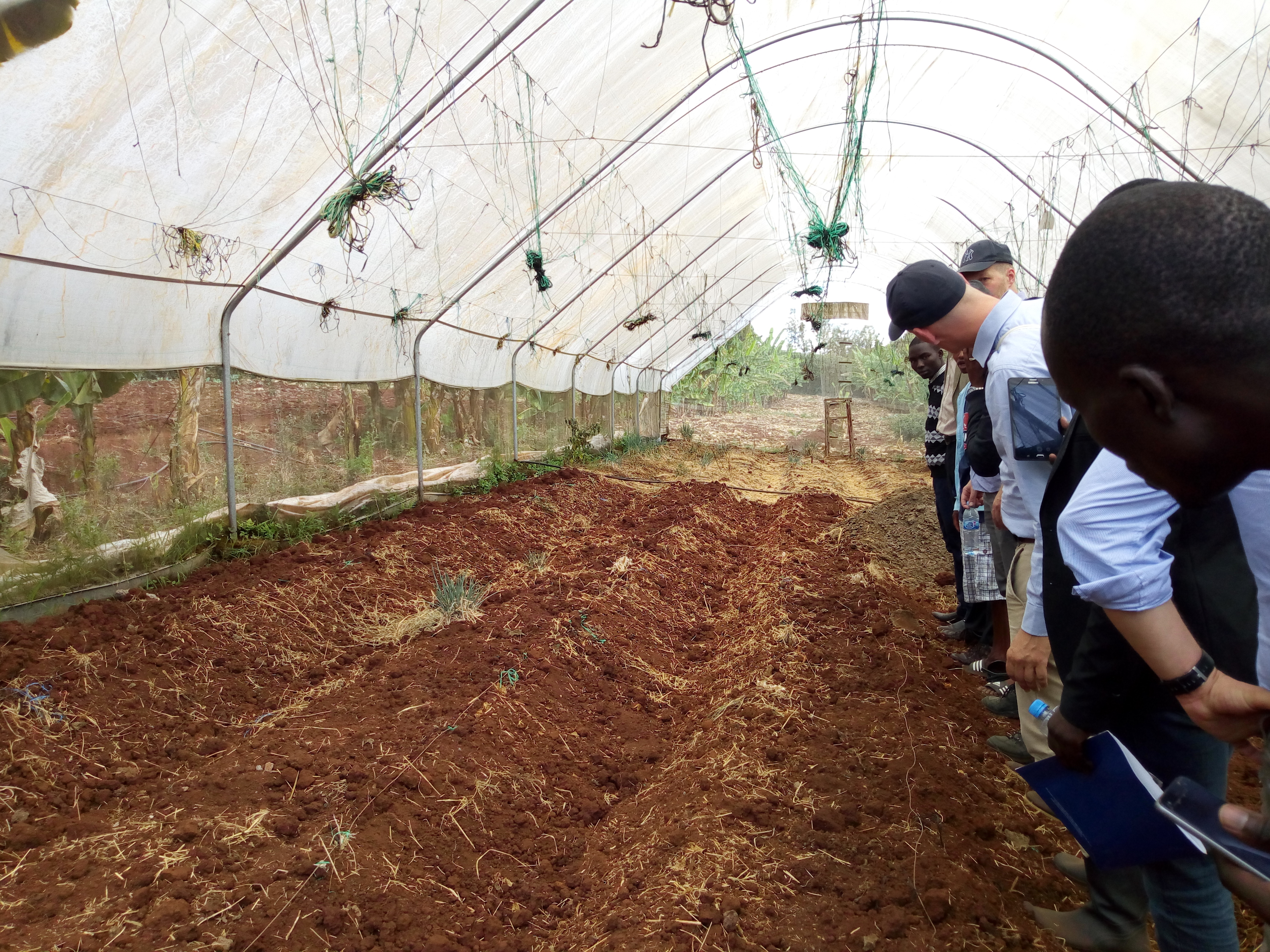 Clearly Pauline is not giving up as she has already prepared the land for another planting season. She mainly plants spinach but says its market is very low since most people in Ngong plant spinach. She also plants capsicum and tomatoes that tend to do better in the market since they are seasonal vegetables but with her green house she can plant them anytime especially when they are out of season.

“We are still struggling with different issues though. For instance, we use the normal weather applications to know when it will rain and most of the time they fail us because they are not localized. If we could get access to localized weather applications and market information that would be great as it will allow us to focus on farming knowing that other important issues have been handled.”

Kuza biashara has an agripreneur program where farmers are provided a platform to access the agricultural content such as crop advisory, quality inputs, credit and insurance etc .The most unique aspect of this program is its distribution. The content is easily accessed via mobile phones and is distributed through an edge computing device that provides a local Wi-Fi connection that can be accessed even in remote areas.

With a visit from different stakeholders in the agricultural sector Pauline is hopeful that some of the challenges she has been facing will be a thing of the past. 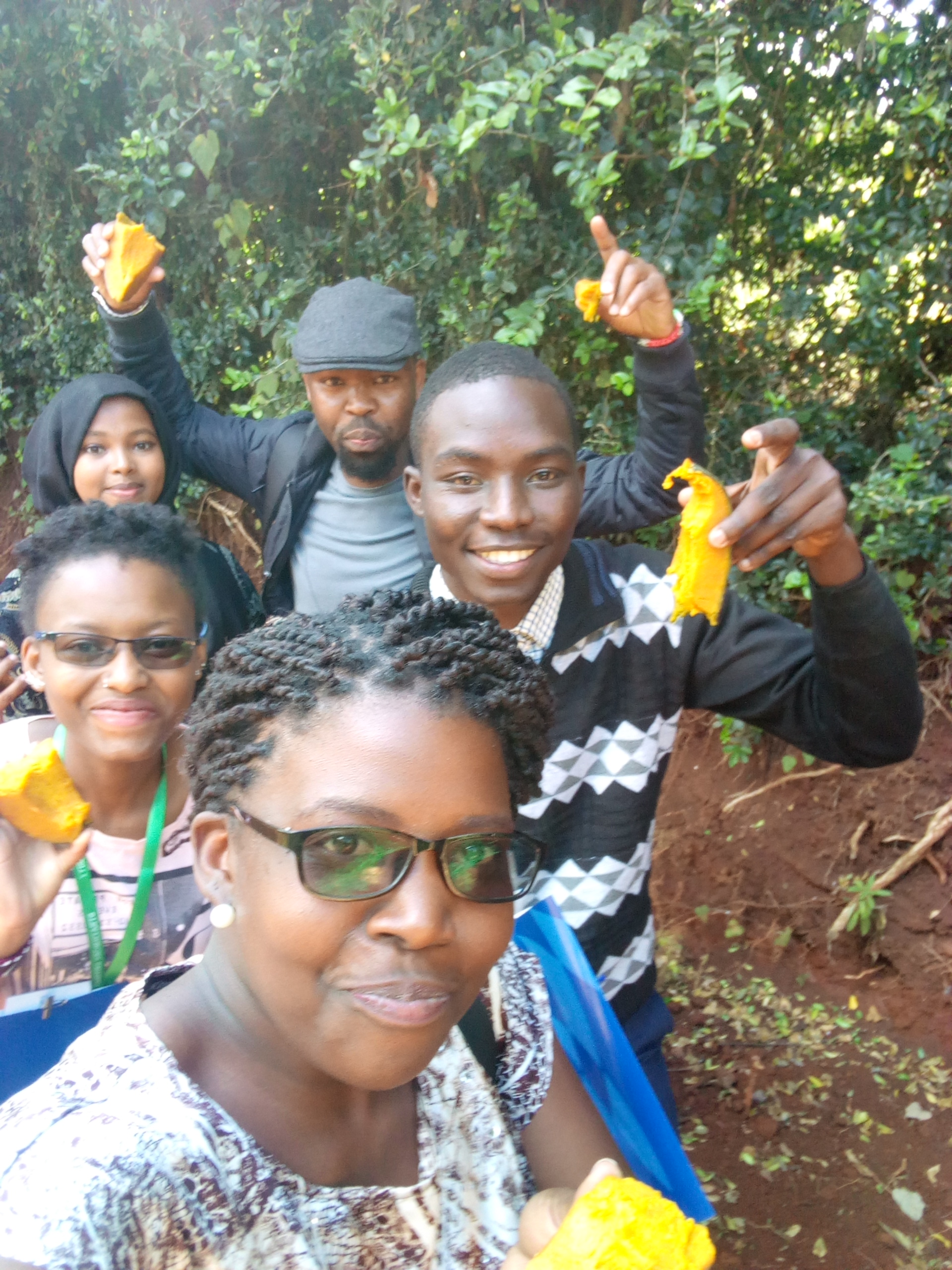 Kuza team member Alice enjoys freshly made pumpkins with some new friends she made at the event.