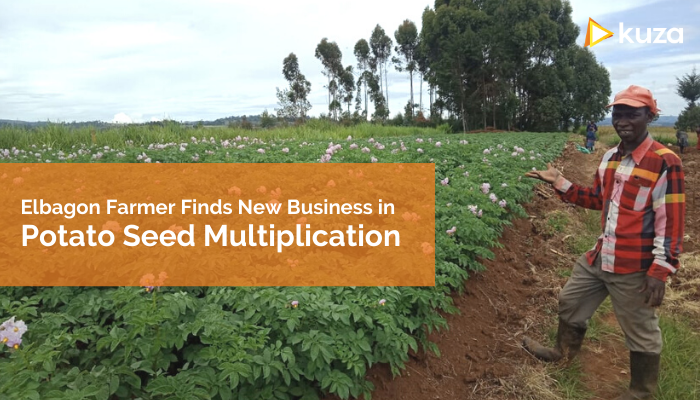 Farmers in Kenya are increasingly becoming smart in identifying innovative ventures to earn a living thanks to the training that enables them to identify new agribusiness opportunities that have high returns with fewer investments.

Among them are potato farmers. While a majority of them are growing the second basic crop for consumers, there are those who have identified a cash cow in seed multiplication for fellow producers.

According to the Ministry of Agriculture, to date, the country has a capacity of producing 6,700 metric tonnes of potato seeds to farmers against the demand of 30,000 metric tons annually.

Richard Mbaria, a farmer from Elbagon in Molo Nakuru County is one such farmers who has identified the gap is currently investing in multiplying the planting materials for other farmers.

However, beginning mid last year, he decided to venture into commercial potato production on a quarter an acre by investing Sh20,000. 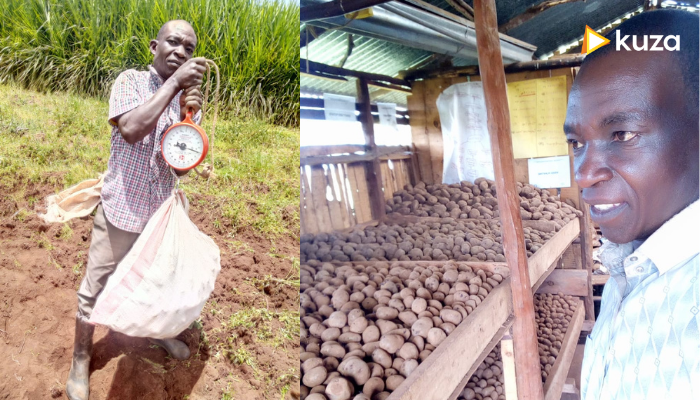 Although this encouraged him, he says that there are high price fluctuations as the market is still dictated by brokers and therefore, he has decided to venture into seed multiplication.

“I will now be selling the seeds to farmers directly avoiding middlemen who scoop much of our profit. I will also be cutting the production cost for the farmers who have to travel all the way to Naivasha to buy the seeds,” said Richard.

In this, he invested only Sh1,500 to buy 150 tissue culture seedlings of Sangi variety from Stockman Rozen Ltd, a seed production company in Naivasha at Sh10 each.

By involving Kenya Plant Health Inspectorate Service (KEPHIS) for certification purposes to ensure that his area of production is free from pests and diseases, he has planted the seedlings expecting to harvest his first bunch by mid-April.

“I am targeting farmers who want to start planting with the onset of the long rains this month because most of the farmers around are still depending on rainfed agriculture,” he said.

He looks forward to harvesting between 50 and 80 bags of 50kg each of potato seeds.

According to his little market research, KEPHIS certified seeds sell at Sh100 per kilo but he may sell him at Sh80 per kilo which may earn him at least Sh200,000.

Since 2012 KEPHIS has developed 51 varieties of potato seeds to boost production with 33 from Dutch breeding companies, 17 varieties from Kenyan breeders, and one from Scotland with imports of 602,450kg of seed.

Reports by the Alliance for a Green Revolution (AGRA) states that in Africa only 20 per cent of the potato farmers use quality and certified planting materials, which has been dwindling yields.

But for Richard, he is happy that the over 200 farmers whom he works with within the region will have better seedlings by the onset of the season.

He is one of those farmers who have undergone the Farm to Market Alliance training program by Kuza Biashara in collaboration with Cereal Growers Association (CGA) something which has turned him into an Agribusiness Advisor.

“With this new venture we are looking into producing quality and quantity potatoes for bigger companies shortly and be able to avoid brokers completely,” said Richard.