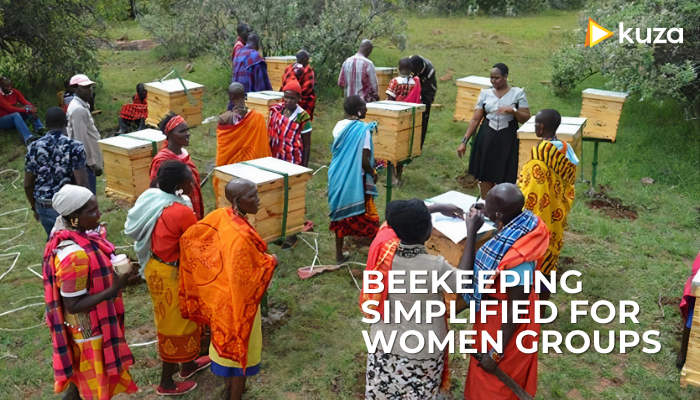 The average cost for starting a beekeeping venture is roughly Sh50,000 that caters for the cost of equipment such as some three modern beehives, a smoking gun, a suit, a honey siever, and a bee brush among others not to talk of the cost of training for basic skills.

These costs can be extremely high for smallholder farmers who may be interested to start the sweet venture despite the fact that 80 per cent of the Kenyan land is arid and semi-arid making it suitable for honey production given the abundance of bees flora in the areas.

However, Nyuki Hubs Kenya Limited, a social enterprise based in Nairobi is now making it simpler for small-scale farmers, more so women groups, in these areas to own their own equipment, get starter bees on loan which is then slowly deducted from the proceeds.

According to Erastus Munywoki, an officer in charge of the company’s Tharaka Nithi Office, farmers willing to work with them are supposed to organise themselves in groups of at least ten before contacting the firm.

“We are currently looking for willing groups of farmers especially women groups that we can help in the production of honey and other bee products to meet our market demand,” said Erastus.

The latest groups of women to benefit from the initiative are some women from Narok and Nyeri counties with others from Tharaka Nithi, Taita Taveta and Makueni counties.

Erastus says the farmers must first ensure a conducive environment for the beneficial insects by planting flowering plants and limiting the use of harmful insecticides that can repulse bees or even kill them.

After contacting the company, they are then visited by a team of technicians who evaluates the viability of the venture in the area and the potential of every farmer.

If all is well, the farmers are offered the equipment in addition to free transport, training and installation services before being left to manage the production.

“Even though the entire management is done by the farmers, we always ensure that we are in close contact with them to offer help in case of any challenges,” said Erastus who is also part of the technical team. 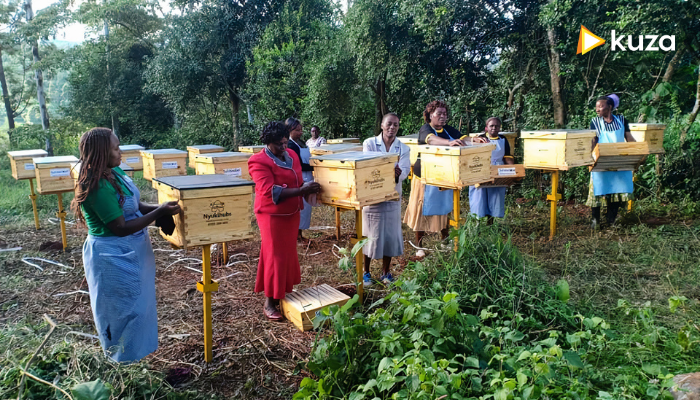 He says, if the farmers were to buy the equipment themselves, they would, for instance, buy a beehive at Sh7,000, suit at Sh4,900, smoking gun at Sh4,000, and bee colonies at Sh3,000 per colony among others, which can be very expensive for them.

Now, bees are easy to rear, 50 colonies require a quarter of an acre and every colony will need its own hive translating to 50 hives within the small piece of land.

Typically, some amount of honey is ready to be harvested from a new hive within four to six months from when the colony of bees was introduced to the hive.

However, it is recommended to wait for one season before you start harvesting that delicious honey to help the bees establish a strong colony which they need the first honey for energy to do that.

This means therefore that Nyuki Hubs farmers, will start selling to the company after a period of one year.

Erastus says that the company buys entire honeycombs from farmers at Sh300 per kilo and offer free transport.

Depending on the size, a beehive can hold 8-10 honeycombs and a honeycomb can hold up to a kilo of honey.

From this amount and depending on the farmers’ agreement with the company, a portion will go directly to the company to service for the equipment loan while the remaining amount to the farmer.

“We do not deduct this amount forever. Once the farmer is through with the loan, he or she will be free to enjoy the whole procedure and at liberty to sell to whatever market they wish,” said Erastus.

According to the National Farmers Information Service (NAFIS), only 20% of the country’s honey production potential (estimated at 100,000 metric tonnes) has been tapped but the consumption keeps growing at a rate of 15 percent annually.